Salute to Hishammuddin and the SAR team

As everyone should know by now, many quarters have hurled all sorts of criticisms against the authorities about the way they are handling the search and rescue mission of MH370.

At the forefront were Pakatan politicians who accused the BN government of incompetence and lapping up all that they can get from negative foreign news report about the manner the Malaysian authorities were handling the crisis.

In my posting My hope scenario for MH370

a commenter whom I believe to be a Pakatan supporter asked,

The way this crisis is being managed, can you still say that our government is doing a "not bad" job?


To this, another commentator replied,

Anonymous14 March 2014 01:05
Hi, I think the Malaysian Govt is doing a good job. Don't take it for me, take it from the foreigners working with the Malaysian Authorities in the Search and Rescue operations. No point reading the Western Media as it tends to be totally biased always having a self righteous attitude when it comes to Malaysia.

The link below gives the opinion of Cmdr. William Marks of the U.S. Navy 7th Fleet a person who definitely has more credibility in assessing the competence of the efforts by the Malaysian Authorities.


Part of what the American Navy top brass said was then posted by another commenter,

They are alhamduli'llah trying the best to their ability out there, and here is a comment from one of those who is adding value, SOS:

"This is all coordinated by the Malaysian government. They coordinate both the water-space and the airspace management. I give them a lot of credit.
They have done what I would call an exceptional job.
.. They track all these assets coming in from all these countries, they make assignments, and they’re very efficient, very professional"
-- Cmdr Marks, US Navy 7th Fleet to NY Times on MH370 SAR effort, March 11th 2014.


I believe all those involved in the search and rescue operation are doing their best to find MH370 and that the Malaysian authorities are doing a good job and as the American Navy top brass said, "They have done what I would call an exceptional job."

I would like to express in this posting my admiration for our Defence Minister Datuk Seri Hishammuddin Hussein, who is also the acting transport minister for his exceptional handling of the crisis. 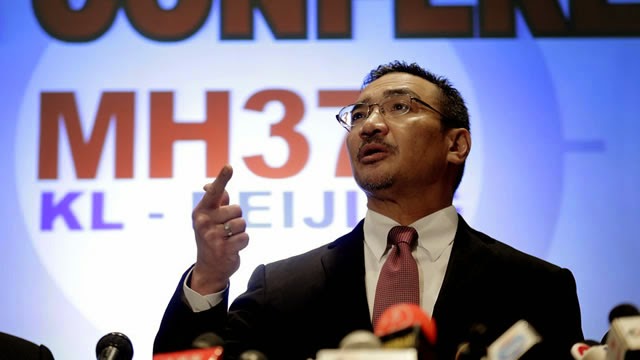 I have been his detractor for quite a while now , but in this particular time of crisis, I have to admit that Hishammuddin really shines as a leader.

His handling of the international media during the daily press conferences has been superb.

This report is on the latest Press conference handled by Hishammuddin,

Transponder may have been deliberately switched off, says Minister

“I would like to remind the media that US’ National Transportation Safety Board (NTSB) and its Federal Aviation Authority (FAA) confirmed that we (Malaysian authorities) have made the right decision to focus on the two areas,” he added.

The two areas are the Straits of Malacca and the South China Sea.


Also deserve a special mention was Malaysia Airlines CEO Datuk Ahmad Jauhari Yahya whom I know is working round the clock with little rest since MH370 went missing almost a week ago.

My salutes to everyone involved in the search and rescue operation.