I wrote that I hope DiCaprio to win Oscar for best actor. 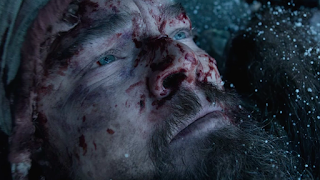 Turned out today that he really won the award.

The guy deserves it.

This was his sixth nominations, for goodness sake.

DiCaprio is definitely getting better as he matures.

He was really good in that The Revenant movie.

Actually, I have not watched the others nominated for best movie, including Spotlight which won the award.

Don't really have time to go to cinema of late.

Furthermore, I'm a bit fed up to keep track of what's going on in the movie scene because there's too many comic book stuff these days.

Hopefully, they are going to show the Academy Award nominated movies in Astro's movie channels soon.

I'll just wait for that.

As for comic book stuff, I prefer watching such as these,