Pork-free, roti canai with mushroom and cheese, a song for angry birds

I was at Sutera Mall the other day to do some stuff.

Was with a friend, who is a Chinese.

After getting our things done, we decided to have lunch at one of the many eateries there.

My friend wanted to try the Thai food at The Boat Noodle.

We walked over there and I saw several Malays including girls wearing tudung among the customers.

They were enjoying varieties of soupy noodle and other types of food in small bowls.

Each bowl costs RM1.90 and normally everyone may order up to five bowls per meal. 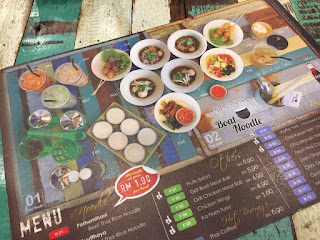 My friend ordered for himself and me what he deemed to be the best of choices available.

I finished all my bowls of noodles. 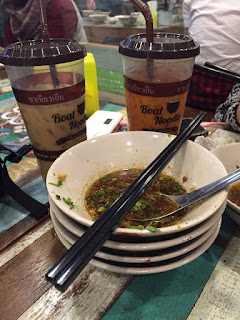 Then suddenly I remembered something.

I called the waiter and asked him,

"Is this restaurant pork-free or halal?"

"This is a pork-free restaurant Miss," he replied.

I made a face at my friend and said,

"I'm not supposed to eat here lah. They said pork-free is not good enough. I can only eat at halal shops."

"Eh shut up la. You are not a Muslim, what do you know?" I said to him, a bit irritated.

At the same time I told myself to be more careful next time.

By the way, last night I had a sure halal food for dinner, 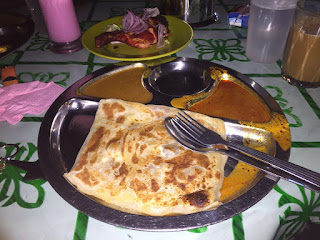 I'm not good at describing how good it is.

You all, especially those in JB should try it yourself.

It's at Warung Jalil in front of the fire-station of Taman U.

Delicious, I tell you.

Okay, for a bit of Saturday entertainment, here's an old song dedicated to all the people who are angry with me out there :)

As the Malays say,

But if you all still want to be angry with me, then go ahead and knock yourselves silly, okay. I don't give a shit.