Saw this on the front page of today's Berita Harian, 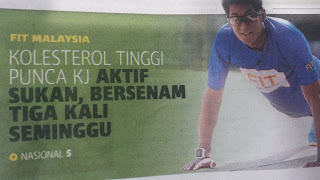 I got cholesterol problem too. So, I think I should do what KJ is doing now.

And this is the story on page 5 of the newspaper, 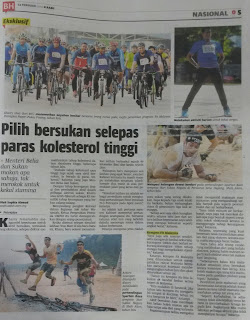 Hey, at least he is doing something good, presenting a good image of an Umno leader.

I know that many Umno people are still sore with him for what happened between 2004 - 2008, but what other choice do they have now in term of young leadership?

I used to go all out supporting KJ's supposed rival DS Mukhriz Mahathir, but they had thrown him out.

No point talking about it, okay.

I used not to like KJ that much too but I think he is doing quite okay now.

Well, at least he is smarter and better in so many ways than many other Umno leaders.

And the fact that he is doing his job rather than getting bogged down in the political quagmire that is the Umno civil war is a good indication of what he can offer as a leader.

Seriously, how many Umno leaders who can do push ups, crawl underneath barbed wires, keep up with youths running and on bicycle as well as do poco poco like KJ?

Let's not even mention being handsome and wearing stylish tight pants, okay.

Most can only talk and play politics only.

As for the KJ's story which came out nicely today, I think he made the right choice getting himself Regina Lee as his press secretary after all. 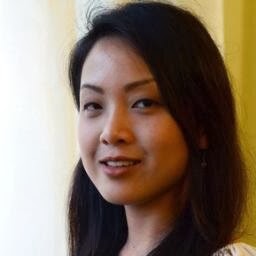 I know, I made fun of her a couple of times in the past because Lim Guan Eng kinda fond of her when she was a journalist, but she turned out to be doing her job very well for KJ.

Okay, I admit, I was also jealous of her because she is prettier than me....it's a women thing that some of us silly ones can't help ourselves but to feel for each others.

But hey, when Regina is doing good, at least I admit that she's good la....unlike some other women :)

Whatever it is, a good press secretary can makes a lot of good difference for a politician.

Especially for someone like KJ.
Posted by Annie at 11:45