Being positive about Johor

Not doing much since morning except telling my juniors what they need to do today and sending out a few emails.

I did the last posting on MIROS in Bahasa Malaysia yesterday simply to keep off my mind from the passing of Tunku Jalil which greatly sadden me.

It's nice to do something different once in a while.

Anyway, I'm planning to do another posting on the late prince after the Johor royal family's mourning period.

Can't do it now as it may be too emotional.

I actually spent a lot of time yesterday thinking of my home state Johor. 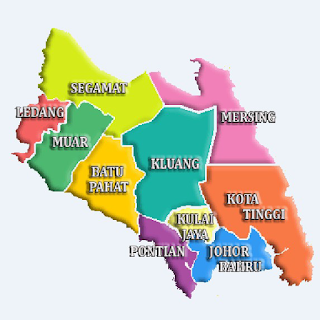 I thought I don't care about it anymore after what happened there these past two and a half years.

At one point, I even started telling people that I had adopted Pahang as my home state.

But when Tunku Jalil passed away on Saturday, it made me think about the good people and things there.

The late prince was an inspiration for everything that are good about Johor.

His passing made me realised that I still love my home state and that I want what is best for it.

Maybe I have been too negative all these while.

Well, at least I have told myself to stop whacking MB DS Mohd Khaled Nordin and his people.

Now I just hope that they will do the right things and correct the wrongs before the next general election.

I don't want to contribute to the opposition's efforts to capture the state.

I can't bear the thought of Johor being ruled by a coalition of parties led by DAP.

Hopefully there will be no more major mess up there by Khaled and his team.

Whatever it is, I intend to write positive stuff about Johor from time to time after this.

For that I have among others updated my blog roll to include Chuah Bee Kim's latest,

Chuah is a senior JB-based journalist with New Straits Times.

She writes mostly simple everyday stuff about what's happening in Johor in her blog which also includes her articles of such as published in NST.

Her posts are generally about the positive side of Johor, which I found to be helpful since I want to remind myself more about the good people and things in my home state.

This latest blog is her third, if I was not mistaken.
Posted by Annie at 14:45