Had a chat with a friend who is an Umno rebel blogger yesterday.

He is one of the nicer ones who still wants to talk to me despite myself not among those who are relentlessly attacking PM DS Najib Razak.

I am glad to have a friend like him.

Of course our chit chat topic was about the rebellion.

My friend is a trained accountant and his blog has mostly been a platform where he dissected the 1MDB issue.

I find his arguments to be quite solid and easy to understand.

His writing was based on facts and not just sentiments as most others do.

However, I don't think Najib's biggest problem is 1MDB.

I find most ordinary people are not too concerned about 1MDB because it's a very complicated issue for those who are not well verse in business and finance.

They seem to be more troubled by more basic issues which directly affect their life such as the soaring costs of living.

At the moment, the most talked about issue is the public transport fare hike.

Here is a sample of stories on it,

Dissatisfaction over ERL and other public transport fare hike


I really hope the government realise what is happening on the ground and do something about this issue.

In my opinion, issues such as this are more dangerous to Najib and his administration than 1MDB.

Then there's the issue about affordable housing.

While the government keeps talking about being concerned over housing problems especially in urban area and wanting to do something about it, the authorities seemed helpless or maybe not even care for the rakyat in issues such as the Datuk Keramat affordable housing fiasco.

Here is the latest news on the issue


And despite pleas for Federal Territories Minister Tengku Adnan Tengku Mansor to do something about it, he has not done or say anything to settle the issue.

Does he even care?

Bear in mind that Adnan is the Umno secretary-general whose pictures often came out in the media representing the party which supposed to be championing the rakyat. 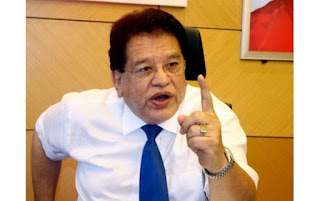 If he doesn't care for the Datuk Keramat residents, then maybe the people will assume that Umno doesn't care about them too.

Personally, I think Najib as the prime minister should go to the ground himself to settle the matter because it is becoming quite obvious that his minister who was entrusted to handle it can't seems to be doing his job.

It will probably win Najib some extra support if he actually takes the initiative of meeting the Datuk Keramat residents and personally settle the issue.

If he does so, I would like to recommend for him not to bring Adnan along as the residents may by now not be too pleased to see him.

I think a direct intervention by Najib will do a great favour for Titiwangsa MP Datuk Johari Abdul Ghani who has been going all out  to help the Datuk Keramat residents.

Johari, who is also the deputy finance minister is one of those good guys in the current administration.

I was told that his service centre at his constituency is always full of people seeking assistance and most of them did get the necessary aid they needed.

It would be a pity if Najib doesn't see Johari's good work and help him and instead letting Adnan get away with not doing his job.

As it is, for me, Najib's bigger problems are issues which directly affect the people and his not so helpful ministers and Umno bigwigs such as Adnan.
Posted by Annie at 12:32