Lies just piss off and turn around people

I think if we disagree or dislike someone or something we should state facts to support our opinion.

We shouldn't lie or come up with fictional stories and say they are factual stories.

Maybe joking or being sarcastic is okay, but don't la make it as if it's a statement of facts.

In the instance of FGV, I think the attacks against it has reached a new low. 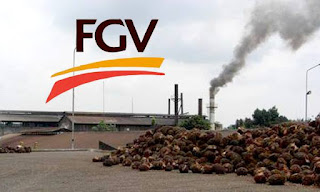 Apparently those who want to see FGV fail had resorted to spreading lies.

BIGCAT blog posted this over the matter,

Reacting to bullies and liars

I know that Tinsel who operates the blog has never been a real supporter of FGV, but from that posting, I believe that she has turned the other way around.

She can't seems to tolerate the bullying and lying tactics of those who want FGV to fail.

It's true that FGV has its shares of troubles but from what I gathered, they are trying to improve things.

To continue criticising it is okay but I don't think bullying and lying about it is right.

Those tactics are wrong even if you are in the right.

They simply put off people.

As I have always argue, it's not just about whether your stand is right but also how you make your stand.

Even if your intention and objective is right but if you try to achieve it the wrong way, then your effort will end up futile.

The end doesn't justify the means.

In the case of FGV, the fate of that company carries the interests of so many people including thousands of Felda settlers.

So, I think we should bear in mind the repercussions on all those people if we lie about it just so that we can satisfy ourselves by seeing it fails.

You all can read further what they did to FGV here,