He just sat down and talked with the Umno leaders and everything was fine again.

Just the other day, I thought

Hmmm, still handsome, but not so brave anymore.

Even my sister blogger Helen Ang who had heavily criticized Najib and even his wife DS Rosmah Mansor whom she dubbed as "Rosmelda" had made a bit of turn around last night in her post,

Tun is beginning to trip

I hope dear Helen won't get angry with me for saying that as previously she had even scolded me for defending Rosmah from some nasty personal attacks,

Well, I guess Tun Dr Mahathir Mohamad and others who were hoping for the Umno people to replace Najib as PM simply have to accept the fact that it will not happen.

They apparently have to bear with it until the next general election, just two and a half years from now.

After that will be anyone's guess.

Maybe Umno and BN will not be defeated with Najib as PM.

Maybe the people will realize by then, that no matter what their grouses were with Najib, he's the only choice that they have.

Maybe, they will also realize that Datuk Ahmad Maslan was not as stupid as they thought he was.... 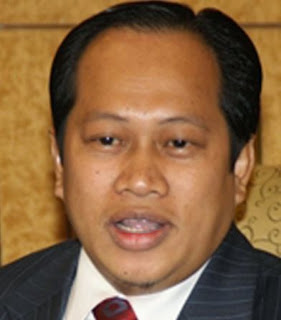 I will continue with my observation till then.
Posted by Annie at 07:01