I'm now in the office doing actually nothing.

Told my team members what to do for the day and now just goofing around a bit.

So, I decided to ramble a bit here.

Had lunch with someone just now.

The lunch was pleasant.

Anonymous22 May 2015 at 11:14
Annie, i know u hv frens from among the PMO ppl thats why you hv this denial that Najib is a penyangak. You want to believe your frens tht Najib is a good guy. But i told you before, if they are najib's men, they are not good men. Anybody who is willing to stand by Najib and insisting that he is a good man, cannot be a good man.

Accept the hard facts Annie. Najib is not what you think he is or what you want him to be. Your frens are blinded by money, positions, glam or simply not righteous enough to say the truth.

This is not about Tun M attacking Najib. This is about 42billion debts that Najib shoved down our throat to pay while his family and jho low enjoy. So what you need to ask is for Najib to settle it without affecting us instead of asking for umno to stop fighting. Because if we stop attacking Najib then the nx thing we know all our funds cud be empty and all the lands allocated for bumi had been sold! It is what is going on now...thts why we need to increase the pressure and make sure tht he stops all transactions pending investigation.

Can you understand that Annie?


Well, of course I understand why there are those who wanted PM Najib Razak to step down.

I know of the concern that the much cited RM42 billion of 1MDB may have been stolen.

I'm not against those critics of Najib nor their demand for him to be replaced, okay.

In all likelihood, their intentions were probably noble.

But really, as I had previously wrote, I still find it hard to believe that Najib is a thief.

I actually observed the man closely since 2004 and so far I just don't see him capable of stealing that money.

Even though I agree that he is definitely not of the same level as Tun Dr Mahathir Mohamad as a prime minister, but to accuse him of being a thief is something I can't do yet.

Even Dr Mahathir has yet to accuse Najib of stealing the money.

The handsome old man has so far just asked Najib the whereabout of the money.

And I am also not comfortable with the personal attacks such as that directed at Najib's wife DS Rosmah Mansor.

The woman can be quite irritating sometimes, but as of now, I haven't find anything solid yet which suggests her as being truly evil or as bad as other infamous women of history such as Imelda Marcos or Marie Antoinette.

You can read my thoughts on all that here,

Maybe I am wrong, but still I hate to condemn others just because that's the popular thing to do.

You see, I do have very serious complaints about Najib, especially concerning the people around him.

For me, many if not most of them, are self-serving parasitic mercenaries.

It's I think Najib's biggest weakness - surrounding himself with bad people who give him bad advises and do bad things.

Who knows, maybe they are the ones who are the thieves.

But to say that all of those Najib's people are bad is not right too.

I know that the one or two friends I have at the PMO (prime minister's office) are good people.

This guy, I'm very certain is good as I know him for many years.

You see, I don't have that many real friends.

But those I considered as my friends are really good people, as otherwise I would not have wanted them to be my friends.

I believe that I'm a good person, or at least one trying to be a good person. So, in order to be that, I have to have good people as my friends.

Can you understand that?

That's what Obi-Wan Kenobi said before he had that fight with Anakin Skywalker aka Darth Vader at planet Mustafar. 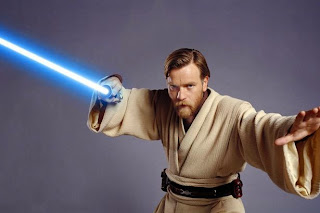 For reference: Duel on Mustafar