I took a walk in the neighbourhood with my mother this morning.

We happened to pass by her old school which was just nearby.

My mother can't resist taking a look around the school for a while.

I just followed her around.

She showed me a classroom at the old section of the school and told me that it was her first classroom when she was in standard one.

The high school section of the sprawling complex is dominated by an imposing new classroom building.

It's an independent Chinese school.

My mother told me that it was founded in the early half of the 20th century by the Kluang Chinese community.

The community funded the school till today.

I can sense the pride in my mother's voice as she told me the story of her school.

She told me that once, she had hoped that I would be studying there too.

I believe that if she had married a Chinese, she would have had her wish.

It's a long story, which I don't want to tell here.

Whatever it is, I know that my mother loves her school very much.

It's among the most important elements which shape herself as a Chinese.

The Malays call it "jati diri".

My mother's school story reminds me of an old posting in the BIGCAT blog,

It tells the sad story of the decision to move the prestigious Tunku Kurshiah College elsewhere from where it used to be. 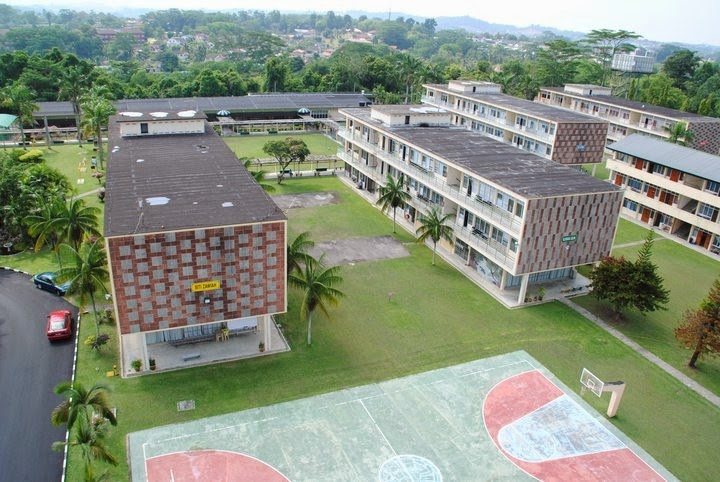 And then there is this latest post in the same blog,

It was written by Tinsel, the second administrator of the blog.

I believe that it is her farewell to her school as she knew it.

I was touched by the last few paragraphs of her post:

But now those school buildings are now occupied by another school and it is rather strange and sad seeing some of those buildings being called by a different name ... okay I confess, I looked up that school's facebook.

I bet the dorms have different names too.

I stopped going further because somehow it is just uncomfortable to realise how affected I am to know that the school where I grew up in looks the same but is no longer the same and that the connection is now truly dead.

Those were really sad words.

What a contrast from the sense of belonging felt by my mother towards her Chinese school.
Posted by Annie at 23:55