The Chinese-own media appeared to be all upset and ready to crucify that  Agriculture and Agro-based Industries Minister Datuk Ismail Sabri Yaakob. 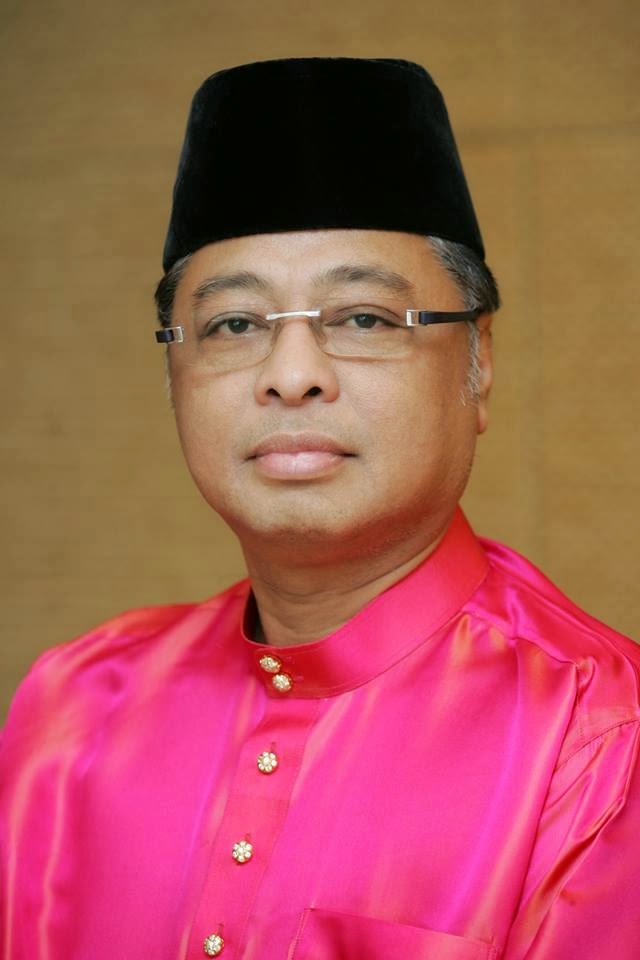 How dare of him to suggest for Malays to boycott Chinese businesses which refused to lower the prices of goods accordingly, they said.

The social media is also abuzz with talks about the issue, with the Chinese netizens for the most of it being upset with Ismail Sabri.

Pakatan, in particular DAP, off course pointed at Ismail as the typical Umno Melayu racist.

Some BN Chinese-based parties had also lodged police reports against the guy.

However, Ismail Sabri doesn't seems to give a shit.

"I will not retract nor apologize (for the statement)," he said yesterday.

And why should he?

It turned out that he is now being treated as a hero by many people who really matter for him as a Malay politician - the Malays.

Here is an example,

The Pas people and their Melayu gang in PKR are rather quiet about this issue.

Deep down inside they know that most Malays, who are their supporters actually believe that the all dominant Chinese own businesses have not always been totally honest in their dealings.

If they whack Ismail Sabri, they may get a backlash from their own supporters.

That's a common way a Melayu think of the Chinese businesses.

For many of them, what Ismail Sabri said was true and for that he is a Malay hero for daring to say it openly.

And that actually tickles me.

Ismail Sabri is actually just a mediocre Umno politician and not so bright a minister.

Come, tell me what is the last remarkable thing that you remember that he did as a politician or a minister?

If you think I am being wicked for saying that about  Ismail Sabri, then you all should have read the post about the guy by Syed Akbar Ali of the Outsyed the Box blog.

Unfortunately, Syed Akbar always takes down his post after he posted a new one, so that we can't read it anymore.

But never mind, the point is Ismail Sabri is now a Malay hero.

No body can do anything about it.

Not even PM DS Najib Razak.

If Najib tries to remove him as a minister because of the issue, he will surely get clobbered by the Malays, especially Umno members.

The Chinese will be stupid if they think they can gang up to push Najib to get rid of Ismail Sabri.

The harder they whack the guy, the stronger support that he will get from the Malays.

Honestly speaking, many Malays don't care anymore to be nice to the Chinese after the Chinese tsunami of the 13th general election.

Of course, DAP will exploit this issue to consolidate its Chinese support base.

MCA and Gerakan will be hard pressed to try to out-Chinese DAP over the issue.

But of course DAP will win.

They are now the champion who are going to save the Chinese race in this country from the evil Melayu of Umno.

And so they think.

At what price, Chinese?

What if after this another Malay politician emerges as a hero of the Melayu the same way Ismail Sabri did?

It's the popular thing to do to get popular among Malay politicians these days.

Just look at how DS Ahmad Zahid Hamidi did it, okay

Are the Chinese ready to jump every time that happens?

How long can DAP play the game of penyelamat bangsa Cina anyway.

Are they ready to face a united Malays led by people such as Ismail Sabri?

Or, will they rather work with the moderate Malay leaders such as Najib to mend relations with the Malays?

I know, the Chinese abandoned Najib in GE13 despite the guy's best effort to woo them, but maybe they now realize their mistake.

What I know of Najib is that he is a kind man.

I think he will be okay to start afresh with the Chinese if they want to work with him.

It's now up to the Chinese whether they are gung ho enough to be led by DAP into an all out fight with the Malays, or help Najib and other moderate Malays to regain control of their community's leadership from people like Ismail Sabri.

It's for them to decide.

Hopefully the Chinese will live up to their reputation of being a bunch of smart and practical people.
Posted by Annie at 06:38