I received an okay last night to republish parts of the post which I took down yesterday.

It had to be taken down because some of its contents breached an agreement I had with someone.

I had however decided that I owe readers of this blog some clarification about what the post was about.

The post is actually about me having lunch at a Chinese restaurant in Bukit Tinggi, a small settlement by the Karak Highway at the foot of a hill on the way to Genting Highlands.

The restaurant is located a bit secluded behind a petrol station.

The food there was highly recommended by someone.

These are the parts of the post which I can republish, which highlighted a notice put up somewhere at the entrance of the restaurant, 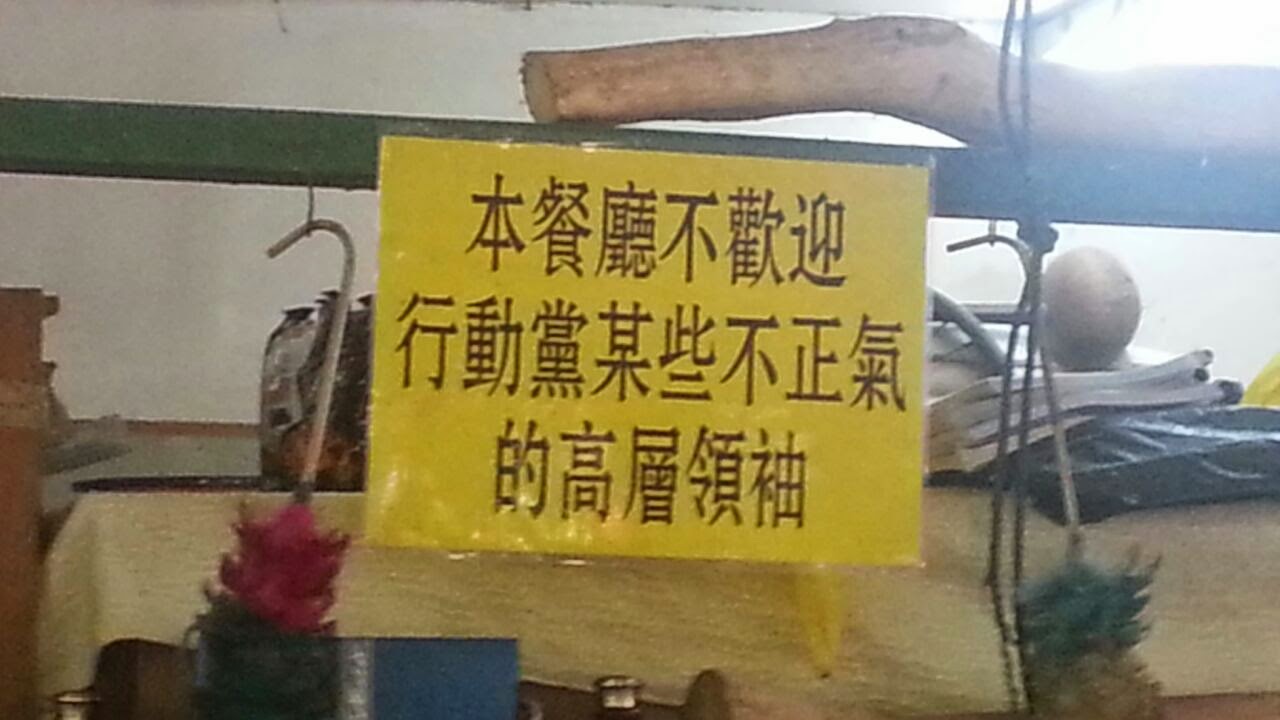 I think the owner of the restaurant must be quite brave to put up that notice.

Knowing that most Chinese voted for DAP and their allies in the last general election, the guy must be so pissed off with DAP to put up the notice and risks losing customers.

But then again, the place was packed, and the customers are all Chinese, at the time I had lunch there.

In fact, I believe that I was the only one there who was not a real Chinese.

For me, there are two main possibilities,

1. There was still a significant number of Chinese who don't really like DAP.

2. The food at the restaurant was so good that the customers, who are almost all Chinese don't really care if Lim Guan Eng got his ass kicked if he ever tries to enter the restaurant.

I'm inclined to believe that it's the second possibility.


The message I was trying to convey from the post was that, not all Chinese are pro-DAP.

So, I think all those calls for the Cina pendatang to balik Tongsan were wrong.

They were unfair and unkind to those such as the owner of the restaurant.

Thanks for your patience to read the half-cut post.
Posted by Annie at 06:17