Shutting down Lynas may tilt the balance of global power (updated)

A friend who is a former newspaper editor the other day asked me to do more research on rare earth after he read this previous posting of mine,

Lynas' worries - the risk of not being factual and objective

He said the issue could actually have global impact as processed rare earth is a vital raw material in the arms industry.

He said the possible shutting down of the Lynas plant near Kuantan, Pahang could actually tilt the balance of global military power as currently China produces over 90 per cent of rare earth with yearly output of 105,000 metric tonne.

A distant second is Australia with 20,000 metric tonne per year. This is the amount being processed at the Lynas plant.

According to my friend, the rare earth processed here is critical for the "free world" in the event China stops the supply of its rare earth to countries such as those in Europe, US, Japan and South Korea. 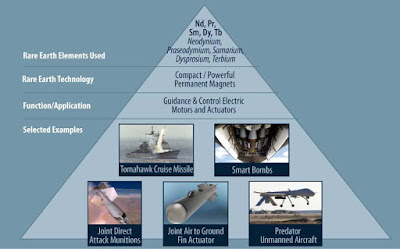 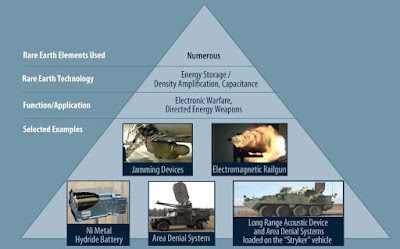 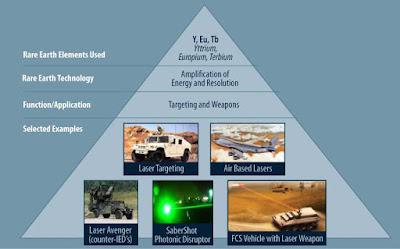 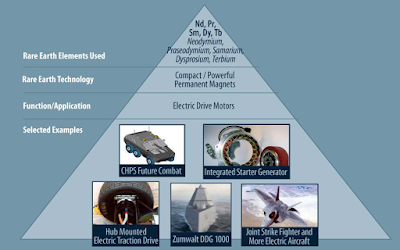 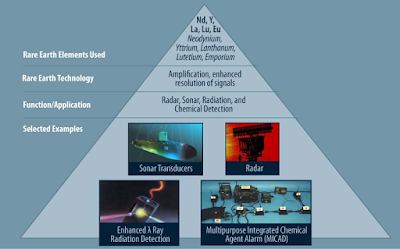 In the event of hostility with the West, my friend said China is almost certain to stop its export of rare earth to hostile nations, thus cutting off the production of their weapons.

"For such a scenario, the rare earth produced at the Lynas plant in Kuantan will be more important than ever for the free democratic countries," he said.

He went on to say that China and its allies such as Russia will benefit from the possible closure of the Lynas plant as they would have almost total control of the world's rare earth production, thus rendering the West at their mercy even during peace time.

"You should try to find out whether there's more to it than what it seems with this effort to close down the Lynas plant. Who actually funded those people who claimed to be environmentalists?" he said.

"And don't you think it's odd that the environment minister delegated the responsibility of handling this case to an MP who is a deputy minister in charge of religion? Furthermore, Fuziah is the MP of Kuantan while the Lynas plant is in the constituency of Indera Mahkota," he added.

The MP of Indera Mahkota is Saifuddin Abdullah, who is also the Foreign Minister.

To be honest,  I was a bit lost when he told me all that as I'm not really a technical person.

So, as usual I googled.

I typed "rare earth missiles" and at the very top is this,
5 Military Technologies Reliant on Rare Earth Elements

There are many others if you care to google on the subject matter yourself.

Okay, maybe many of you all don't like the US and its allies and feel that it's good to help China by shutting down the Lynas plant. However, as my friend argued, an imbalance in the geo-strategic position of nations will not be good for the whole world in the long run.

I think even Dr Mahathir would agree on this point.

And to possibly have people claiming to care for the environment  but actually working for the interest of other country is not good either.

I can't possibly dig more like what my friend asked me. I'm a nobody, okay. For this one,  I'm just hoping that someone with authority will read this and consider doing the digging for the truth in the interest of the country.

By the way, all this reminded me of a conversation I had with the well known Indian-born US journalist Fareed Zakaria a few years ago.

I remember these words of him very well - "Everyone respects China, but no one really wants to go and live there. Given the choice, those who wished to migrate will choose US over China. You can even ask that among Malaysians of Chinese ethnicity. I'm quite sure most of them will choose US."

Well, the reason is quite obvious. No matter what are our grievances with US and its allies, we have to admit that they are the "free world".

I actually asked my mother to make the choice back then, just for fun.

"Ma, you prefer to migrate to China or US?"

Despite her being proud of her Chinese heritage,  I was not surprised when she said,