This is a press statement issued yesterday by the Ministry of Energy, Science, Technology, Environment and Climate Change (bloody long name for a ministry, if you asked me) 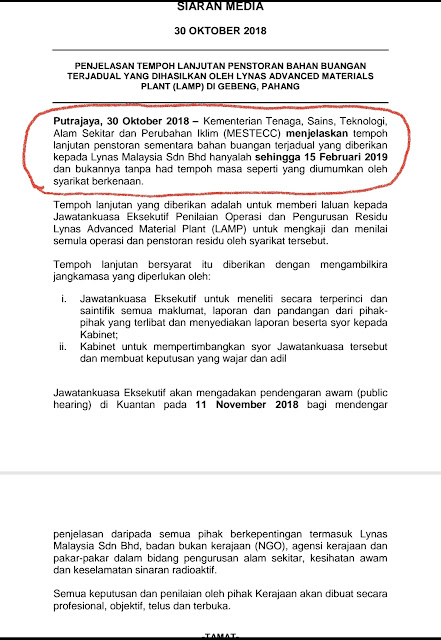 Take note of the words in the red circle, especially those at the end of the paragraph.

They are basically saying that Lynas Corporation was lying by claiming that its temporary licence to store its rare earth residue had been extended indefinitely while in actual fact it was only extended until Feb 15 next year.

Yup, the ministry was saying these Lynas people are bad lying people.

The ministry was referring to this earlier press statement by Lynas, 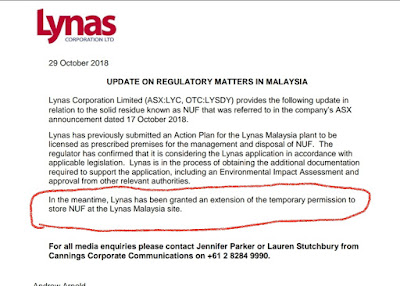 If you read carefully the words in the red circle, you would notice that Lynas didn't say anything about it getting an indefinite extension of its temporary licence.

It just said it got an extension.

I think the minister and her officers were all so fired up to get Lynas that they didn't read the statement carefully and ended up accusing the company of lying.

So, much later in the day, the ministry people, probably alerted by someone of the consequence of their overzealousness, sent out this second press statement, 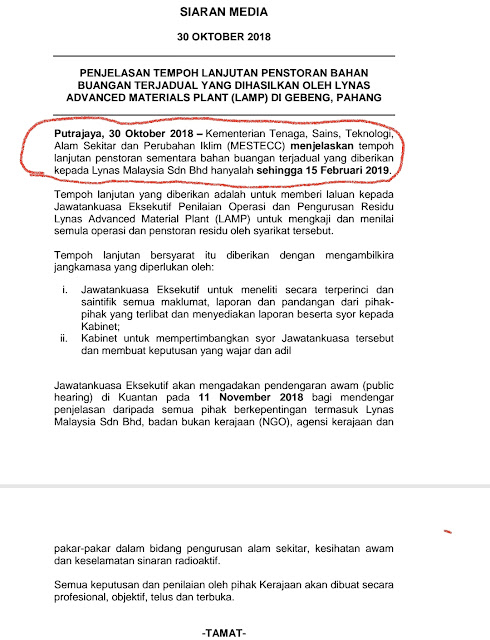 See, in the red circle, there's no more accusation that Lynas was lying.

Well, of course, the DAP Minister, being the kiasu that she is, never going to admit being wrong, posted this on her Facebook page, 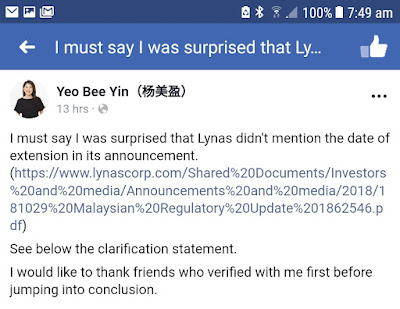 Hello Minister, when you are wrong, just admit it la, okay.

Next time, try not to be so overzealous just because you want to score some political points.

Because of the ministry's cock-up, I was told that all the news agencies, including Reuters had to retract their earlier stories done based on the first press statement which accused Lynas of lying.

Now, I'm just hoping that the review committee, despite at least one of its members being known to be supportive of the anti-Lynas movement in the past, will be fair and professional in handling their task (unlike the minister and her people).


and for those who prefer to watch a video on this Lynas issue, this is a rather good one