I thought of this scenario as I was driving to work. I'm writing it down for fun, okay.

Man :
Your boyfriend is a cheat. I have all the evidence that he cheated on you. Dump him and be my girlfriend instead. I promise I will marry you and buy you a car, a bungalow, several condos, millions ringgit of jewellery, holiday trip to Japan and many more nice things.  I'll do  all these within 100 days after you become my girlfriend.

Woman :
Oh so nice. Ya la, I always suspect my current boyfriend is cheating on me. He's also very stingy. Always calculate everything before buying me anything. Holiday also never take me overseas. Go Langkawi the most. Okay, I'll dump him. But, you promise har....marry and buy me all those nice stuff within 100 days after I become your girlfriend. Can?

Man : Of course can. I'm a good man, not like your useless current boyfriend. I sure keep my promises one.

Woman :
Eh, how come you still not marry and buy me nice stuff yet. It's almost 100 days since I dumped my ex-boyfriend to be with you. You remember your promises or not?

Man :
Aiya....be patient la. Now still cannot. I didn't calculate properly at that time when I promise you those stuff. Now only I realise not enough money. Give me some more time, okay. This is all you ex-boyfriends' fault.

Woman :
But you promised....I even slept with you already because you promised me all that....can you keep your promises or not?

Man :
Eh, promise is not the Bible la. No need to follow everything one. When I can, I keep my promises la. You don't nag me like this, okay.

Man :
Aiyo....that one is for five years plan one, not 100 days. You cannot remember ka? Now keep quiet. I want to make love to you again. I know you like it. Don't talk so much. You want, right? 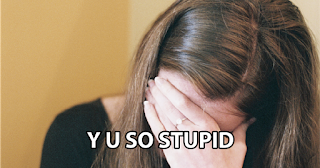 But of course, Saifuddin Abdullah said

Anyway, it's actually not so bad.

Last time I promised to join DAP if Khaled Nordin wins the Umno election and becomes a vice-president.

The guy actually did that.

Then I remember that nowadays we don't really have to keep our promises anymore.

Hey, I also don't know before I made that promise that Umno people are so adamant on being led by someone like Khaled, okay.

Same like PH people when they made the election promises, which they are not keeping la.

Guan Eng said he and the gang didn't know the promises can't be kept, right?
Posted by Annie at 12:19