Ramblings on pomelo for gods and more deaths on the roads

Woken up by some mosquitoes about 2.30am.

I had forgotten to switch on the air-con.

Somehow, mosquitoes don't come to my room when the air-con is on.

Went downstairs to the kitchen. Was thirsty.

There's a pomelo my mother brought back from Kluang for me during the weekend.

Ma told me that my grandmother actually bought the pomelo for prayers purposes.

My mother's family members are Taoist. My grandmother always placed pomelo or other fruits at the altar as an offering to the gods. 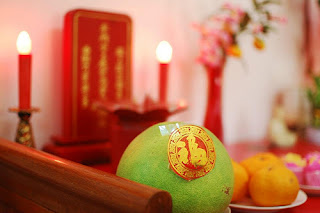 When my mother was about to come back to KL, my grandmother told her to take the pomelo home for me.

I love my grandmother very much.

After that I came back to my room and started reading the other sopo blogs before starting this posting.

They are still at it.

Tried to read what a friend wrote about how Tun Dr Mahathir Mohamad is now a liar.

I can't finish it.

My friend used to be a Mahathirist.

Honestly, I'm tired of it.

Everything about the ding dong battle seems so fake to me of late.

That's why I decided to highlight other issues and at the moment my main concern is road safety.

I think it's more constructive to highlight such an issue rather than getting all bogged down by the depressing ding dong political battle.

I think it's more important to find a solution on how to save those lives than discussing who are the better politicians amongst the mostly liars, hypocrites, corrupts, morally bankrupts etc.

Unfortunately, my last two postings on road safety still attracted a lot of political comments instead of the desired ideas on how to save lives on the roads.

I just showed you all videos of motorcyclists flying off to their death after a collision and some still want to talk about politics.....so terrible lah you all.

Maybe it's my fault too.

I had been focusing too much on motorcyclists and probably most readers of this blog are car drivers.

Some of you all probably think that "Hey, those are motorcyclists flying all over the place...I drive a car....I'm not going to die like that."

For those of you guys who are thinking like that, here is a video you should watch,


Ya, I'm trying to scare you all into being more careful while on the road.

Actually, there are even more horrific traffic accidents videos on YouTube but  I think that one should suffice for now.

Heck, I wish TV3, Astro and the other mainstream TV channels can show these kind of videos so that their viewers would realised that they are not Ironman or Superman when they are on the road.

Well, never mind....I know they got other more important things to do....like interviewing Ezam, Azwandin, Nallakaruppan and other jokers who were hired to whack Dr Mahathir.

I do whatever I can over here.

Sometimes I do wonder,,,,ain't all those smart big time editors ever concerned and want to do something real to save those lives we are losing on the roads?