Questions before a long ride

This is a short one.

A friend called this morning and asked after reading my last posting,


whether I think TS Muhyiddin Yassin is the kingmaker of DS Najib Razak.

I replied, "No, Najib would still be PM with or without Muhyiddin."

"Because Najib was in a better position than Muhyiddin to be PM at that time. Muhyiddin making a lot of noise against Pak Lah back then was not the deciding factor," I replied.

I also told my friend that I don't believe that Tun Dr Mahathir Mohamad was the one who decided who should be PM.

"It still boils down to who Umno wants.

"Najib was number two at that time. It's for the Umno divisions to decide who is to be the party president and PM. Najib had much better support than Muhyiddin as far as they are concerned till now.

"If there is a contest for the post in a party election, Najib would had won. I believe he will still win even now. It's as simple as that."

My friend then wanted to know what should Umno do now considering the so-called trust deficit suffered by Najib.

"Wait until the next party election which is after the next general election. That's because there's no way Najib going to give up power and there's no legitimate means to force him to do so for now. Hopefully Umno and BN will still be in power at that time. I don't see any other way," I replied.

I'm going on a long ride in a short while.

All geared up now. 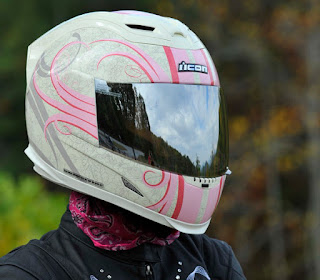 I will write again when I get back.