My father's condition seems to be improving.

But I'm very careful not to get my hopes too high.

Praying for things not to take a turn for the worse again.

Hopefully Pa will fully recover and be happy again with Ma and me.

You see, when your personal life is in crisis, the rest doesn't really matter.

If my father had died the other day, I don't think I would have cared whether Malaysians still want DS Najib Razak as their PM or otherwise.

I would have done almost anything to save my father's life.

If Lee Hsien Loong had come over to me that day and said that he can save my father if I become a Singaporean, then I think I would be willing to be a Singaporean.

Being a Singaporean is not so bad anyway.

For one thing, Hsien Loong as their PM is handsome, okay.

And then they don't have to worry over things that they don't really understand such as the 1MDB mess.

Do you all really understand it?

At the end of it, all I can make out was that it was Tun Dr Mahathir Mohamad versus Najib.

It's hard for me to believe that Najib stole the billions of ringgit so that he can buy Rosmah nice handbags.

At the same time, it's equally hard to believe that Dr Mahathir was being malicious and intentionally wanted to harm this country which he built for more than two decades just because he doesn't like Rosmah's hairstyle.

Due to my lack of comprehension of the issue, I decided not to attack Najib but defended Dr Mahathir.

I simply have to defend the handsome old man because he had done good for Malaysia and those who attacked him are real mercenaries assholes.

But I don't really blame those assholes too.

They needed to earn a living and the only way they knew how was to be the assholes that they were.

Sure, their children need to eat and go to school too. They needed the money for all that.

Back about being a Singaporean...it's really not so bad.

My mother's side of the family were mostly living there.

Some of them have become Singaporeans after renouncing their Malaysian citizenship.

They are not bad people at all.

They just wanted to be practical about their future.

Similarly, I don't find Singaporeans who renounced their citizenship to be Malaysians as being bad people or traitors to Singapore.

It's just the practical thing to do for them.

I even suspect that they actually still love their original country even though they are no longer its citizens...okay, may be just a bit of love is  still there.

Whatever it is, I don't resent them.

I'm writing this after reading BigDog's

I'm writing all these because I feel that I need to be honest, especially with myself.

There are more important things that matter to me than questions such as who is our PM and whether he stole people's money to pay his wife's hair treatment bills.

If he did all that, I believe Allah will sooner or later punish him.

I can make all the noises against him, but in the end it's Allah who knows better and will punish him if he's indeed guilty.

No need for me to get all stressed out over it.

Instead, I better concentrate my energy on more immediate things in my life such as taking care of my Pa and Ma.

If they are healthy and happy together, then I will be happy too. 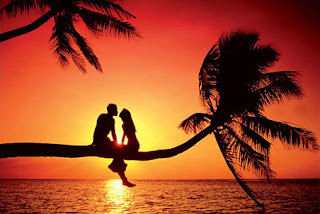 Najib and Rosmah want to be happy also I don't mind.

Hopefully they really didn't steal those billions of ringgit.

If they didn't, then I wish them all the happiness in the world.
Posted by Annie at 15:19