Najib needs a plan to win over Dr Mahathir's supporters

My sources had indicated that Tun Dr Mahathir Mohamad will push for the resignation of PM DS Najib Razak all the way to the next general election.

There will be no more talk about finding the middle ground, said one of them.

Those loyal to the elderly statesman appeared ready to go all the way too.

Here is a report by Malaysia Online (The Mole):

They are TS Zainuddin Maidin, Firdaus of Apanama and Syed Akbar Ali. Also featured was Big Dog, who was described as seemingly neutral.

I was hoping for these fellow bloggers to at least contemplate coaxing Dr Mahathir to consider trying another discussion with Najib.

Well, no such luck there.

On the PM's side, Najib probably have his own "generals" who told him that they can actually quash the rebellion led by Dr Mahathir without damaging Umno and Barisan Nasional.

After all, Dr Mahathir doesn't have much compared to the PM's arsenal of mainstream media, advisers, consultants, the advantageous position of being the incumbent PM and Umno president etc.

Personally, I don't think Umno and BN can afford such a fight if they hope to do well in the next general election.

I do wonder what's the plan of Najib's people once they had vanquished Dr Mahathir.

Are they going to chop off every Dr Mahathir's loyalists from the party?

How about Dr Mahathir's son Mukhriz, who is now the Kedah MB? 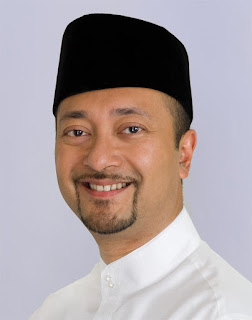 Are they going to get rid of him too?

Bear in mind that the people, especially in Kedah like the guy.

Do read this article by Jocelyn Tan which was published a few weeks after Mukhriz led Kedah Umno to victory in GE13;

Now, don't tell me that Umno and BN will not suffer if they chop off someone like Mukhriz.

And for Mukhriz, there is no way he is going to keep quiet while Najib's people hammered his father.

Some may like to argue that Pakatan too seems to be in disarray now, particularly the quarreling between Pas and DAP.

However, I believe those two will patch up over the next two and a half years as both sides, up to today have shown no intention of pulling out of the coalition which works so well at chipping at BN's dominance in the past two general elections.

This is Pas' take about its muktamar and elections later this week which some are hoping will break up the coalition,

No matter who wins, PAS will not abandon Pakatan Rakyat - Mustafa Ali

I know, it's tiresome thinking about it.
Posted by Annie at 15:16