It's raining heavily outside.

Later today I'm going on a long drive to the beach.

Going to hang out there for a few days.

I need a break from KL.

Somehow this city seems such a tiring place now.

As for the politics, I think those who are involved need to sort it out themselves.

I'm tired with most of them.

To me, it looks like the ordinary guys just want peace.

This is an interesting suggestion,

Okay, maybe it's a little bit outlandish, but that's how desperate they seem, to see an end to the Najib-Dr Mahathir quarrel.

They knew that there's a high probability that Barisan Nasional will lose the next general election if the fighting continues.

Bear in mind that despite being united going into the last general election, BN was nearly drowned by the Chinese tsunami.

It even lost the popular votes.

But I guess many had made up their mind that they just can't stand it any more and don't mind a change of government.

These are some comments in my last post from whom I believe are Umno or BN supporters,

Tun...you are not alone. We are always with you.

With Tun M, what you see is what you get. His words, thoughts etc have remained the same. Unlike certain political leaders who say different things to different audiences. And he says it in simple straightforward language. No need for flowery phrases or fistwaving.

To me, he built Malaysia. Sure, he's been accused of financial scandals etc but at least we see concretely the results of his government ie Petronas twin towers, putrajaya, proton, MSC, Klia etc.

But now, 42 billion ringgit...where? Several plots of land originally owned by the government.

I've always supported BN, but if Najib's still there, I'm not voting.

Anonymous11 June 2015 at 21:22
Listen carefully Umno people. If you insist in keeping your beleagured president and unwilling to replace him, then we're sorry guys. We have no choice but putting you guys on the left hand side of the Dewan Rakyat come GE 14.


But I don't think the fighting will stop.

What I learned was that both sides will fight till the end.

Teams of hired cyber gunslingers were being recruited. 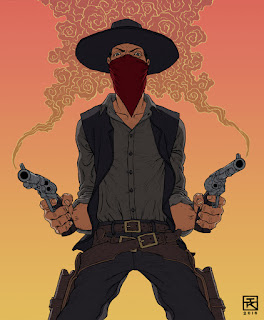 These hired guns are people who don't care about Umno or BN but see the fight as a mean to make some easy money.

Lots of money, that is.

Well, I can't be bothered anymore.

There were already plenty of those mercenaries hanging around for just the money and big boss jobs.

That's why the handling of the Najib-Dr Mahathir crisis has so far been so cocked up.

It's being handled by insincere people who only care about their own "tembolok" and have no real love for this country or even BN and Umno.

And they are killing off those who do.

Okay, I need to get ready for my trip now.

The rain had eased up a bit.