It's almost been a week since fireman Muhammad Adib Mohd Kassim died, and almost a month since his murderers rioted at the temple.

Yet not a single person has been charged for it.

A police friend said they have to wait for the Attorney General's decision for it.

Okay, what is this AG waiting for? 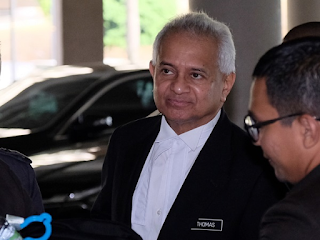 Difficult to write the charges in Bahasa Malaysia is it?

Then write la in English or Sanskrit or whatever.

At least for rioting first.

We'll get to Adib's murder later.

Just get the bastards in jail first.

Ya, and those instigators too. 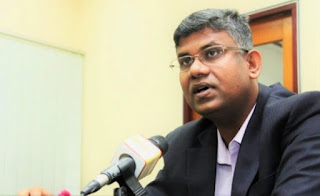 He clearly incited the rioters hours before they beat up Adib to death.

If not for his FB posting about a Muslim group attacking the temple, I don't believe the riot on the second night when Adib was murdered would had happened.

I don't care  a shit about his insincere bullshit apology after that.

Ya AG, why you are not charging him?

Then there were all that talks about the developer hiring Malay gangsters to attack the temple.

Even my friend, who knows a lot about the underworld was unhappy about it.

The guy, who is a Chinese told me that those bunch are not real gangsters but instead part-time security guards that the developer hired to secure the place after it got the court order to move the temple.

'And there are also Indians along with Malays in the group," my friend said.

No wonder the developer had denied hiring gangsters, let alone Malay gangsters to attack the temple.

We will also wait and see if the government will get rid of that Hindraf extremist Waytha Moorthy, whom it appointed as Racial Unity and Social Well Being Minister.

He did nothing to stop the riot and in fact wanted to reward those responsible for Adib's murder.

If nothing happens, then I have to conclude that this is the Pakatan government's thinking,


If that is so, then Adib's death will be in vain indeed.

They keep saying that it's not about race and religion, but really, what do you think was in the mind of the murderers as they mercilessly kicked and hit the defenceless Adib that night?

Do you all really think it's because Adib was a fireman?

It's a hate crime, okay.

They murdered Adib because they hated him as a Malay Muslim and not because he is a fireman.

How can anyone hate a fireman anyway?

Because some politicians incited them, telling them that Malays have oppressed them, ethnically cleanse them, wanted to destroy their temples, etc.

Eh, go find some Hindraf videos and you'll know what I'm talking about.

While you are at it, watch also some videos (especially during the GE13 campaign) of how Guan Eng said the Chinese were treated as second, third, fourth, fifth class citizens of this country so that they get angry with the "Malay government" at that time.

Ya, watch the Christians being marginalised campaign videos by DAP too.

And they said Malays who demand justice for Adib are racists.....sigh.

A friend asked this morning why I keep "harping" on Adib's death.

Well, it's because I'm still angry and I keep receiving rememberance videos such as this one from friends who want justice for Adib and his loved ones,

I will always remember Adib. InsyaAllah.
Posted by Annie at 13:08