Maybe Porntips can do the inquest

It was announced today that there is going to be an

Inquest to determine Adib’s cause of death


Muhyiddin said the magistrate conducting the inquest will have wide powers under Section 328 of the Criminal Procedure Code to determine the cause of death.
The section states that “the words cause of death include not only the apparent cause of death as ascertainable by inspection or post-mortem examination of the body of the deceased, but also all matters necessary to enable an opinion to be formed as to the manner in which the deceased came by his death and as to whether his death resulted in any way from, or was accelerated by, any unlawful act or omission on the part of any other person".
So, I believe there is a possibility that the inquest will find that this is wrong,

Okay, maybe the inquest will find that Adib died because he was ran over by a bulldozer or knocked down by a flying saucer.

Maybe they will invite that Porntips lady with beautiful hair from Thailand again to confirm such a finding. 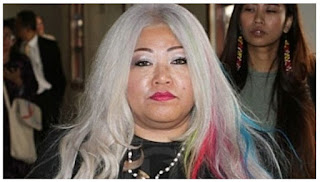 Ours fat a bit, but okay lah tu. Quite colourful also.

Anyway, I wonder when the inquest can start and how long will it takes to conclude its finding.

Six month or six years? Or until people are not angry anymore?

Well, never mind, whatever it is, announcing the inquest will bring some respite to the anger over Adib's murder one way or another.

Any of the Pribumi Bersatu delegates who tries to bring up the matter at the party's AGM will be told,

And they will abide....and that is it.

Seriously, I'm now begining to doubt that Adib's murderers will ever be brought to justice.

And I don't think the likes of Waytha Moorthy and Ganabatirau will be penalised too.

They will continue to be there, lording over us from their seats of power.

Honestly, I don't think there is anything more we can do about it.

Just accept the shit and move on.

But of course we can still pray to Allah for justice to be done one way or another and learn a lesson from Adib's death.

That's what I'm going to do.

At least now I know what they think of someone like me and how little value they put on my life.
Posted by Annie at 22:16