No rush and middle finger to haters

Honestly, I'm a bit like this Anon who wrote this last comment which I got before writing this,

I just want to wait for the next general election.

It's just two years from now...probably earlier even.

That's not too far away from now.

I know. Some people are very angry but can't they just wait a bit rather than getting all worked up like now?

Things may be tough at the moment but I don't think it's at a point where everything is at the brink of collapsing on top of us.

Whatever it is, please don't break the laws to express unhappiness over things, real or perceived.

Don't be too obsessed with anything, okay.

We still need to earn a living, fulfill our responsibilities, take care of our loved ones, etc.

Let's not wreck the country in our effort to fix it.

As I previously said, for me, when it's finally time to cast my vote at the next general election, I will reflect on my situation and decide who to vote based on whether my life is getting better or otherwise.

Why must we let ourselves be herded like sheep into following everything that other people said?

Why must we believe in everything the politicians, writers, bloggers etc said?

Can't we think for ourselves?

I believe that we can assess our life ourselves instead of being told how we are by those people with vested interest.

Okay, getting involved in a political movement can be quite a bit of fun and everything, but please don't over do it.

I understand the needs to "keep the fire burning" and everything, but please don't let the fire gets so big that it ends up burning everything down.

Furthermore, the chances of settling "the dispute" before the next general election is hardly realistic.

Actually the harder people push for their course under the present situation, the harder it will get for everybody.

They don't like to see weird characters instigating people to make things worse for the country as others are struggling to make ends meet.

It puts them off.

The same way they were put off by some people who endlessly call for people to hate each other because of their different race and religion.

Aren't you all put off by people such as that?

Just because they were rejected by their own race, 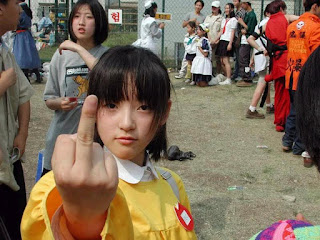 they are now calling on us to hate and punish that particular race.

It's not as if they love our race or anything.

They are just motivated by hate and now they are calling on us to hate others too just because they didn't get what they wanted.

Why must we believe in these sorts of people.

Those who want to rush things before the next general election should reflect on this.

If they go overboard, people will be put off by their antics.

Protest all you want but be nice about it.

And please keep away the creepy characters.

That way, you can keep things going and people may even like and support your cause.

On top of that, be realistic, okay.

Things can only be changed at the general election.

Unless you all want this country to burn.

If you fail at the general election, there's the next Umno election.

Those are the only ways to do it without wrecking this country.

The present government will not step down under any other circumstances.

It had proven its resolve to do so during the Umno civil war last year.

As for the meanwhile, life has to go on.

Bear that in mind.

Okay, I need to get ready for work now.