Some had jubilantly cheered a likely KJ's downfall following the recently reported RM100 million embezzlement case in the office of the Youth and Sports minister, but I was convinced that the handsome guy would survive that.

Well, who else Umno has to lead the young ones in the party?

Seriously, KJ is the only one.

He's smart, charismatic, eloquent, etc...and of course, he has the looks too.

And yesterday, I think I'm more or less confirmed to be right. 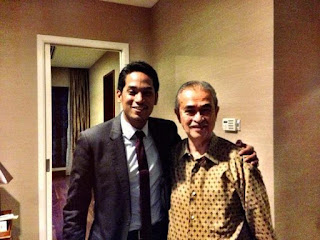 For me, there's no stopping KJ now.

He even got his nearest rival, Dr Mahathir's son DS Mukhriz Mahathir out of the way. 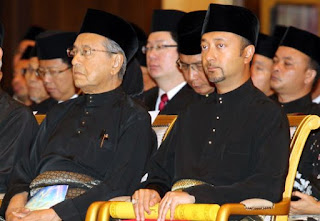 Unless he screw it up himself la, which I don't think he would after lessons learnt in 2004-2008.

KJ has survived it all.

If he plays his card really well, he may even be the one replacing DS Najib Razak as PM in not that many years from now.

I think he is capable of that.

His appeal as a leader extends beyond Umno.

Really. I'm not kidding you.

There was once I was in a car with a group of Indian young ladies.

All of them are highly educated and beautiful.

And they were excited about where we were going.

Believe it or not, we were on our way to observe the Umno general assembly at PWTC.

The reason for their excitement was that they got to see KJ in person. 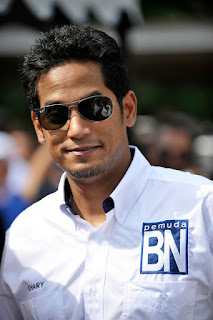 It's a real story, okay.

May Allah fry my ass and other parts of my body in hell if I'm lying to you all about this one.

(Note: I think I need to add that every time I tell one of my more colourful stories. Otherwise people will accuse me of being a fraud and liar)

Here's a song to cheer up your Saturday,