Please, don't let it be another Kow

Last night I saw this story,


It's about Malaysiakini reporter Kow Gah Chie being recalled back to KL from covering the Sarawak election after she caused an uproar with her report that a BN candidate allegedly saying that voting for BN is to ensure the state continues being govern by a Muslim chief minister.

The BN candidate had said he didn't say anything like that and a few police reports had been lodged against Kow.

It's clearly an incitement for the Christian majority of Sarawak to go against BN, led by TS Adenan Satem, the Muslim chief minister of the state.

For me, this is obviously a case of overspin by an overzealous pro-opposition reporter.

Kow, may not be a DAP member but she seems clearly trying to assist the party by spinning the story that way.

I don't think she "tersalah lapor" (misreported) but instead intentionally wrote it that way.

The modus operandi seems very much like that of a DAP operative.

DAP has been playing this game since before the last Sarawak election.

All these while, they have been accusing Umno of playing the racial and religious sentiments, but themselves doing it.

It's what made me can't stand them even when I'm very unhappy with Umno or BN.

I just can't stand the hypocrisy.

And the way their operatives spread hate is totally despicable.

I believe that they were trained that way.

They repeat their hate-mongering chants over and over again like mantra.

Evidently, the habit of hate-mongering sticks with their operatives even after they were no longer working for the party or even changed sides.

That's how well conditioned they were with that tactic.

Nonetheless, I wouldn't be surprised if this Kow suddenly switch sides a few months from now, and self-styling herself into an Umno defender and "penyelamat ummah".

Well, if Kow really switches sides like that, I only have one wish of her - that she will diet a bit, 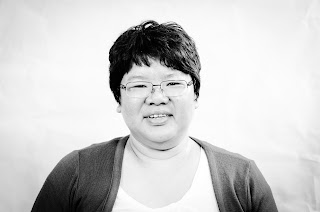 DAP people, if you all want to send over your operatives to switch sides to Umno, can you all send the nice and pretty ones for a change?

The one you all sent over so far looks like...Kow, okay.

Umno, no need to add another Kow la. 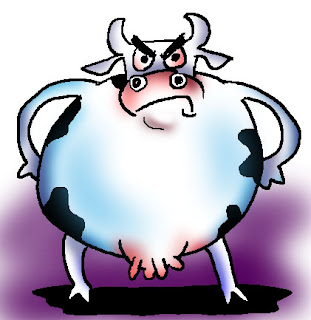 But seriously DAP people, can you all change your hate-mongering tactics so that people like me won't find your party to be too repulsive?

At the moment, I don't see your party to be any better than your opponents.
Posted by Annie at 10:57