As everyone should know by now, the Sultan had stripped all titles conferred to MB Ahmad Razif Abdul Rahman.

Among the titles stripped was the highly coveted SSMZ which is the Knight Grand Companion, carrying the Dato' Sri Setia title.

This is unprecedented as I don't remember anything of this nature ever happened in Terengganu before.

I wondered what actually happened.

I'm not a Terengganu expert, so I called one that I know to get his opinion.

He said what caused the Sultan to take such a drastic measure against the MB could not be just because of the latter's speech on Friday which so far was the reason given by many for what had happened over the past few days in Terengganu.

"There must be something else which was far more serious that angered Tuanku," he said.

It was said that the Sultan was offended when Razif's speech was allegedly delivered in such a manner that it belittled a contribution made by the palace to assist orphans and the less fortunate in the state.

PM DS Najib Razak was expected to have an audience with the Sultan over the matter as early as this evening.

I asked the Terengganu expert whether Razif still has a chance to continue being the MB now that the Sultan appears to be very unhappy with him.

"Not much of a chance. It's very unlikely that Tuanku will retract the stripping of Razif's titles," he replied, adding that it's almost impossible for Razif to work as MB if the Sultan dislikes him.

He said it's very likely that Najib will have to propose to the Sultan a new MB.

According to him, if that's the case, the likely leading candidate will be State tourism and culture executive chairman Datuk Mohd Jidin Shafee, the Permaisuri assemblyman. 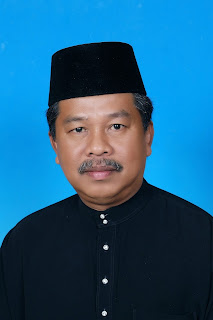 Jidin is the second most senior BN assemblyman in Terengganu after former MB Datuk Seri Ahmad Said of Kijal.

He is said to be in Najib's good book and doesn't have any problem with the palace.

I asked the Terengganu expert whether the BN government may collapse over the Razif issue and his response was in the negative.

"I don't think Tuanku wants that. A change of MB should be good enough," he said.

When pressed on what would happen in the unlikely event that the Terengganu assembly be dissolved due to the impasse, this was his response,

"That's almost impossible to happen, but if it turned out that way, BN is most likely to lose the ensuing state election due to the current political atmosphere."

The Terengganu state assembly consists 17 BN members, 14 from Pas and one from PKR.

Well, I'm wishing the people of Terengganu the best of luck. Hopefully everything will be peacefully resolved.