A friend told me that there seemed to be quite a lot of Johor jokes going around in cyberspace these past few days.

I'm not much into the social media, so I didn't know about it.

My friend said some people from other states are starting to jokingly call Johor a "negara jiran" (neighbouring country).

Others posted pictures of them at KLIA international departure hall saying that they were on their way to Johor.

There were also those who joked that they were preparing to go to Johor and making sure their passports were all okay.

My friend said that it all started with that ridiculous Muslim-only laundry nonsense in Muar.

I don't know how that stupid issue could become such a big deal and led to all the Johor jokes.

Honestly, I'm a bit distressed when my friend told me about it. 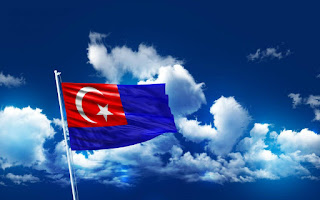 Come on la, Johor will always be part of Malaysia, okay.

Please stop all these nonsense about my home state breaking away from the federation, even if it's just for laugh.

Well, I'm a Johorean but I don't even subscribe to the Bangsa Johor thing.

You can read about it at this previous post of mine;


I think there are more Johoreans like me than those who are over parochial.

So, please stop making it as if you all want to kick out Johor out of Malaysia.

I know, some of you all non-Johoreans were probably annoyed by all those Bangsa Johor things being said to be so special.

There were even talks about the setting up of Bangsa Johor schools.

Most of us Johoreans are not into such things.

I believe Johor will regress to be a real third world autocratic country if it is to go on its own.

Or it will just be a pawn of a foreign power.

That's why I'm so against any suggestion, even jokingly, for Johor to be separated from Malaysia.

To the authorities, I hope you all will go after those who preach separatism, not only in relation to Johor but also other states.

Such people are traitors to Malaysia and should be dealt with accordingly.

Okay, that shouldn't include those who just joked about it. Yes, they are annoying but they are just jokers.

Anyway, talking about what supposed to be Bangsa Johor schools, it reminded me of this video;


I think it's amazing how they educate their young in Japan.

They don't even have cleaners and gardeners in schools over there as the students are trained to do the cleaning and gardening themselves.

And they don't even call their schools Bangsa Jepun schools.

They are just schools with no labels.

It's the substance and not labels that matter, I believe.

(Note: Comments deemed seditious will not be published for obvious reason. Thank you)
Posted by Annie at 14:11