Trying not to bullshit too much

Hmmm....only in Malaysia, I guess.

No comment. Don't want people to get angry with me.

I know many of you all like this long weekend thing.

There's a radio next to me playing some Malay songs.

Earlier, the news announced that all the highways were jammed.

Actually, I can't drive long distance for now because of my ailment.

Otherwise, I would probably be going to the East Coast. Not been to the beach for months now.

Now, days like this, I just sleep at home.

Anyway, yesterday a friend from JB called and asked me whether Tun Dr Mahathir Mohamad is really going to contest there in the next general election.

He was referring to my last few postings on it.

I explained to him that I was just theorising.

Really. I don't know shit about where Dr Mahathir is going to contest in the next general election.

I just like the idea of him contesting against Shahrir in JB and make Khaled Nordin and his people sweat a bit. 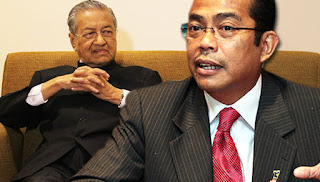 No need to panic, okay.

My friend also asked me when I'm going down to JB again.

Will ask my boss to pay for the trip.

If I can spend about a week there I can get things from the ground again for my writings.

Nowadays, I can just theorise about things.

Another word for it is bullshitting.

Actually, that's what most people do these days.

And then claimed themselves to be political experts.

Especially those with charts and such.

Don't want to comment too much on that too.

Don't want people to get angry with me.

See lah, if I can get better, I'll try to be on the ground more.

That way I can write better stuff and do less bullshitting.

Okay, you all have a restful long weekend.

Try not to get stuck in the jam.


Need to cook something now.