Actually, I did my last four posts the way they are to test the response of readers from both sides of the political divide to views of a neutral observer such as myself.

About 80 percent of the comments are from the pro-Pakatan crowd.

Most of them were not happy with every pro-BN elements of the postings.

They seemed to react quite harshly to the posts perceived not to be in their favour.

On the other hand, the few pro-BN readers who commented seemed more docile even when I appeared to be criticising their side.

The truth is, I wrote all four posts aimed at highlighting weaknesses of both sides and the need to remedy them.

- It's on the need for BN not to be over confident even at its strongholds as the chances of it losing the next general election is quite real.

-  The post was meant to inform the Pakatan people that they could not hope to replace the BN people if they behave as bad as the BN people or worse.

- This one is to inform the BN people why their methods were not doing so well in the perception war to win the heart and mind of the people.

- This post is actually to tell Pakatan people not to get arrogant with their opinions because they could be distasteful to many who would otherwise support them.

As I wrote above, I think the BN side reacted more positively to my criticisms than the Pakatan side.

The BN people may not like what I wrote but they were not too quick to jump on my head and accuse me of this and that.

As for the reactions of the Pakatan people, you all just need to go to the comments section of those postings and judge for yourselves.

I feel that the Pakatan people need to be more cool and not too quick to jump to conclusions.

But then again, maybe they just enjoy whacking people that they perceived to be their enemies.

The question is, how are they to be better than the BN people with such an attitude? 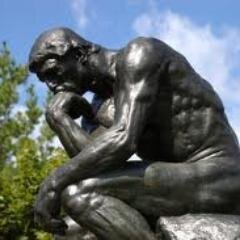 Something to do with my heart. Very painful.

For a bit of cheer, here's a wonderful song,


It's actually requested by an Indian friend.