Annie and Jocelyn - about the Johor battleground

I wrote this on Saturday,

It turned out that the famous Jocelyn Tan of The Star wrote this the next day about Lim Kit Siang probably contesting in JB,


I didn't notice it and wrote this instead the same day

I only realised about Jocelyn's article after reading Big Dog's and Voicey's just now,

Projection of sentiments Vs facts

You all have to excuse me for being a bit late into reading Jocelyn's article.

It was Sunday and I was not feeling well enough that day to go out to buy newspapers or even surf the net too much.

Anyway, my postings during weekends are mostly out of whims, actually. No proper research.

Well, I have great respect for Jocelyn as a political writer even though I do not agree with all that she wrote.

For one thing, I know that she actually tried her best to be on the ground to gather her materials, unlike so many others who just sat in their room and conjured up stories and then claimed themselves to be experts.

I bumped into Jocelyn many times at odd places where most high profile political writers would not go to get their stories.

For instance, I met her on one damp rainy night at a small gathering at a community field in Taman Tun Aminah, Johor Baru as she followed the rounds of TS Abdul Ghani Othman during the last days of campaigning of the last general election in 2013.

Ghani was at that time on his suicide mission against Kit Siang in the Chinese-majority Gelang Patah.

Despite her age and seniority, Jocelyn, in my opinion, sticks to being a true journalist by doing assignments that were normally only assigned to rookie reporters.

Yes, I admire her for that.

I was very young when I first met Jocelyn. She was working for New Straits Times at that time. I even remember the date - June 5, 1997.

At that time, I didn't know her yet as a political writer. Instead, I love to read her regular feature articles in NST.

This is exactly what I said to her at that moment,

"So, you are Jocelyn Tan. You are my favourite NST writer," I said enthusiastically.

I know, I sounded dumb, but those were my words. I didn't know what she looked like before that. Those days newspapers hardly carried picture by-lines of their journalists. And there were no internet too.

She smiled sheepishly as her collegues, who were with her made funny remarks to what I said.

She was cute. Still is. 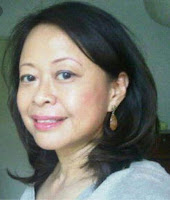 Of course, I don't think she remembers that.

Well, nice memory that one.

As for her article on Kit Siang wanting to go against Shahrir in JB, I think it's plausible but I highly doubt Kit Siang will try it.

After all, the JB parliamentary constituency is still a Malay majority area.

Kit Siang, is not that brave.

He is not Ghani Othman, okay.

I don't even think he will lead the Pakatan's charge in Johor, knowing that BN will use the age-old anti-DAP sentiments among Malays, especially in that state.

I still think Dr Mahathir will be the one to play that role, if not in JB, then it's going to be as I said - in Muar.

I may wrote my last two posts on it out of whims, but the truth is, I had been thinking about it for quite a while.

Pakatan will need something to shock BN if it's to have a serious chance to capture Johor.

The two of them going around Johor selling the idea that the Malays and Chinese Johoreans can work together to topple BN.

That, I think, can be quite dangerous for BN.

Some may think that Dr Mahathir will never get out of his comfort zone in Kedah but I have this feeling that being 92, he may feels that this general election is his one and only shot left.

He would want to make it counts and for that he will throw caution to the wind and go for a do or die battle.

That battle will be in Johor, the birth place of Umno, which he is trying to kill now.

And for that, I doubt that he would want to be safe in Langkawi and so out of the lime light.

But then again, that's just my hunch and I'm not a reknown political writer like Jocelyn Tan.

Jocelyn must have written her article after doing thorough research and hearing about it from credible sources.

So, you all should stick to serious reading on this matter with Jocelyn.

Read mine just for fun, okay.