In fact, sometimes I even took the trouble to dispute his allegations such as when he recently wrote about a menteri besar as being a homosexual. You can read that in this post,


However, when I read this latest posting of his,

it made me paused and ponder about a story I was told involving the former second finance minister not too long ago.

I'm not saying that the story made me totally believe in RPK's allegation against Husni, but I think it should be a lesson for especially men who can't be bothered to control where their hands are going.

I have no doubt that the story told to me is true because the person who related it to me was there when it happened and there were several other witnesses, whom are all known to me.

It happened at a place where a group of people were having dinner.

One of them is a beautiful young lady with hair suitable to be featured in a Sunsilk shampoo advertisement. 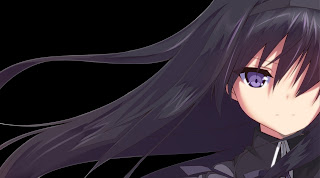 As I was told, Husni turned up at the place as the group were in the middle of their dinner.

Upon seeing them, Husni approached the table and to the shock of everyone touched the young lady's hair and said "Huih...cantiknya rambut" (Huih...such beautiful hair).

He didn't even bother to first greet everyone there or introduce himself.

It so happened that one of the people seated at the table is the father of the young lady.

I was told that the guy kept his cool and just said "Datuk, tu anak saya (Datuk, that's my daughter)".

Husni, despite what must surely be an extremely embarrassing moment  was said to have managed to depart from the table without suffering any physical harm.

I think it would be a much more painful outcome if a less cool father saw an elderly man behaving inappropriately towards his young daughter like that.

Come on. You must not touch other people like that, especially so if you are an elderly man and the other person is a young lady.

Well, maybe Husni didn't mean any harm and was merely acting on instinct, but still he should have better control of himself.

What more that he is a known public figure.

I hope you all guys learn something from this story.

Try to control your gatalness, okay.
Posted by Annie at 02:24