There is so much talk about terrorists these days.

All of these bad guys being touted as terrorists are of the Muslim variety.

Then there are all kind of reports about racists and extremists in this country too.

Again, all of these bad guys being touted as racists and extremists are of the Muslim variety.

I guess that if I read The Star everyday, I will believe that these local racists and extremists will soon graduate to become terrorists too.

But of course if they change side and become part of the Pakatan gang they will become the good guys again....like Pas, even though they want to implement hudud and other such stuff. 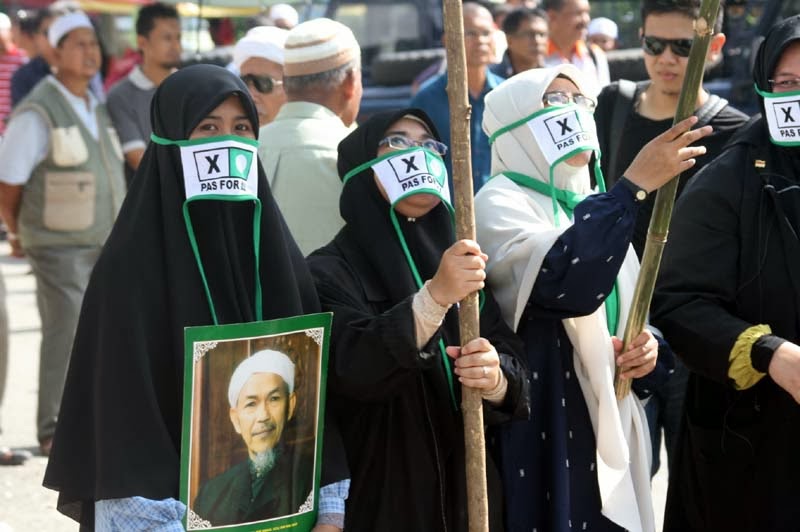 By the way, in case you all don't realize, most of the locals who became the so called Islamic terrorists are mostly Pas people.

Nik Adli, the son of Datuk Nik Abdul Aziz Nik Mat, the mursyidul am of Pas used to be the head of Kumpulan Mujahideen Malaysia.

He was detained under ISA right after the 9-11 incident along with his followers who are all Pas people. Otherwise he will either be on the run or dead. Now, he teaches at a religious school in Kelantan.

Some Pas members had reportedly been killed recently while fighting for the murderous ISIS in Syria and Iraq.

I have yet to know of Perkasa or Isma members turning into terrorists.

The Star will make sure that you all will not notice that.

Pas is part of Pakatan, so they are better than Perkasa and Isma, okay.

Well, here is an 18-minute video of some terrorists in action. This is real life action, okay.