I wish I don't have to care anymore.

But someone told me the other day that I shouldn't give up the fight.

This someone is a very senior staff of PM DS Najib Razak.

Otherwise I wouldn't care to listen.

I told him Najib needs to do something to inspire me and others within the immediate next few months. 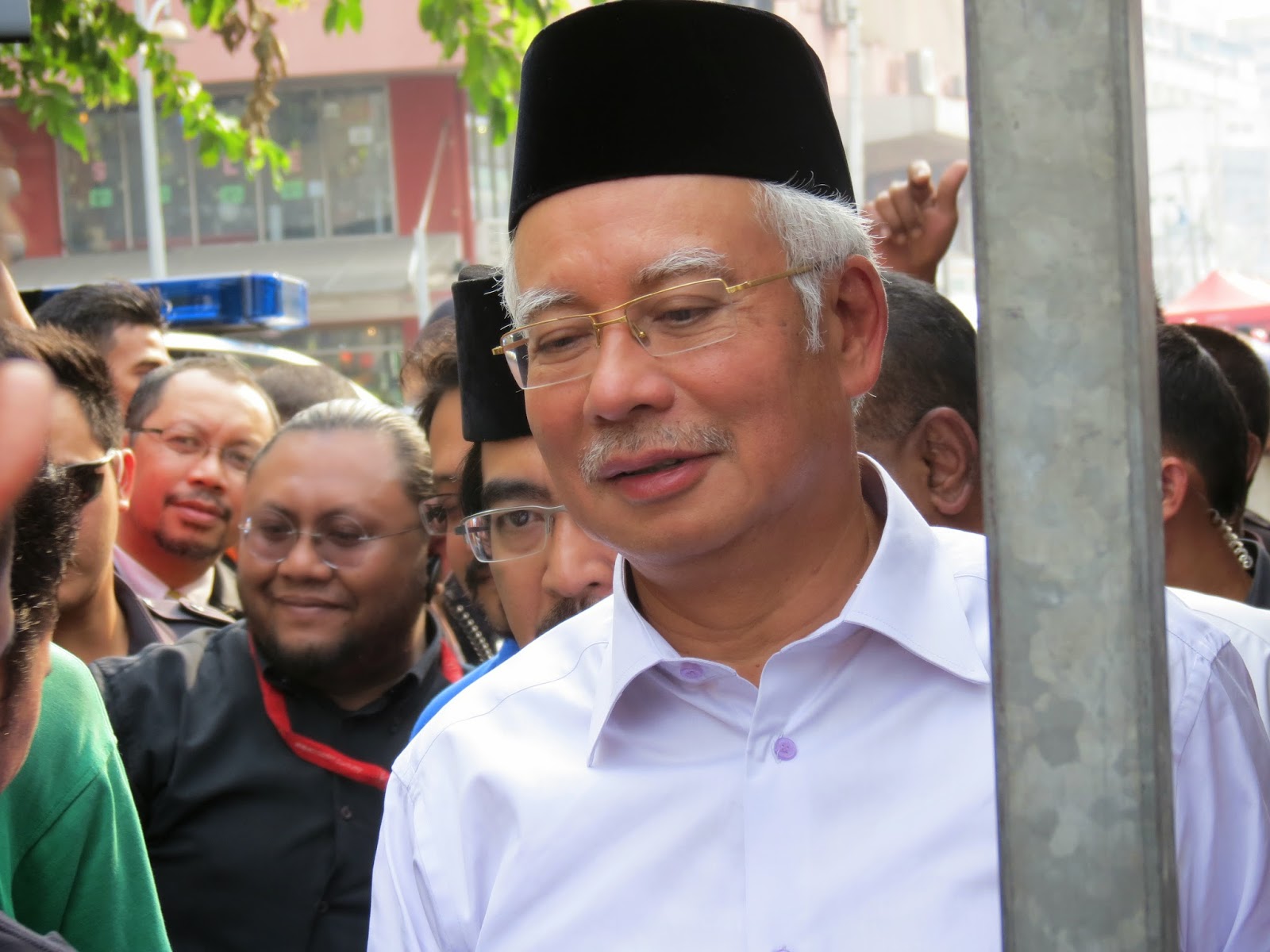 Okay, three months to be exact.

It's not a threat.

Just a realistic estimate to stem the tide of disillusioned people who are giving up the fight to defend the establishment.

I'm talking about people who genuinely want to fight to defend their agama, bangsa dan tanahair. Not the people who are with the establishment just to enrich themselves.

The mood among genuinely pro-establishment people is currently very bad. It's a fact.

I suggested for Najib to clean up the Umno headquarters for a start.

If he can do that within the next three months, I will continue fighting on his side.

Najib must get rid of all the crooks at the Umno headquarters.

He knows who they are.

Yes, that includes that fat son of a bitch who flaunt his don't know from where wealth, chauffeured driven in a Bentely and fly in a helicopter to get back to his kawasan.

Do that first Datuk Najib.

Then proceed to other things like getting rid of all those stupid, ugly, greedy people around you.

I am not going to fight for Umno just so that people such as Ku Nan, Shahrizat and Ahmad Maslan are to lord over me.

I am not going to defend Najib only to see him not doing anything to end the rape of my beloved Johor.

All he needs to do is tell Khaled Nordin to stop it. The rest will fall into place....even the palace.

Please Datuk Najib, restore my confidence in you.

Okay, I think I had made myself clear.

That is my appeal to DS Najib Razak.

Within three months - fix the Umno headquarters, so that I can write in this blog that Najib is really doing something to transform the party.

I don't think I'm asking too much.

It is so that the party can proceed with what it supposed to do - such as members and voters registration drive in preparation for the next general election.

Nothing was done the past one and a half year since the general election last year.

There is only three years left, the most.

Really, let us all be honest about this.

We, on the BN/Umno side are fighting a losing war as it is now.

This is reality check.

Okay, I am tired.

Hopefully my message get across to Najib and he will actually do something.

I don't hate him. I don't even hate Rosmah. I just want him to help me and others to help him.

Inspire me and the others, Datuk Najib.

We need to fight back. Not just talks.

p.s Datuk Najib, please don't let that stupid and arrogant good for nothing Fuad Zarkashi becomes Media Prima chairman. I know that he is lobbying for the post. Remember, we would not had lost Batu Pahat if you had ignored his tantrum when Johor BN wanted him dropped as the candidate for that seat.
Posted by Annie at 22:56