Maybe Malaysia can win if Chinese in the team

This is the report by NST,

I watched the match on TV because someone in the house wanted to watch it.

I am not really a football fan and definitely not an expert but from what I saw, I think the Vietnamese team played better then their Malaysian opponents.

After the Malaysian goal, courtesy of an early penalty, there seem not much effort being done to improve the score.

It was the Vietnamese all the way from then.

As pointed out by the NST report, its mission impossible for the Malaysians to overturn the deficit in the return match in Hanoi.

Right after the match was heavy rain.

I hope the Malaysian supporters who turned up at the stadium by the tens of thousands got home safe and not get sick from the damp. 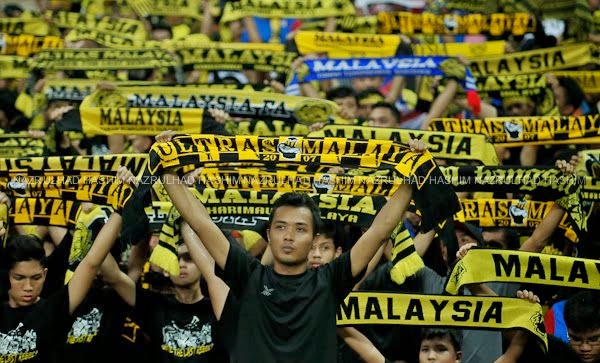 I admire these Malaysians who keep on supporting the national team despite all the disappointments.

Honestly, I lost interest in it quite a while ago.

There's one or two (I'm not sure) Indians as well as Sabah and Sarawak bumiputera players but no Chinese...as far as I noticed.

It almost look like a Singapore national football team.

I wonder why Chinese don't seem to like playing football.

I also wonder whether our football team will do better if it has a more politically-correct racial mix.

Maybe when Pakatan takes over the country they will be able to encourage more Chinese to play football and some to make it to the national team.

I am sure DAP's Lim Guan Eng knows the formulae on how to do that.
Posted by Annie at 23:59