What to do in face of hardship

It is Saturday night again, but as usual, I'm at home minding my own self.

I went out earlier in the day though.

Went to the cinema at Citta Mall in Subang and watched 47 Ronins.

It's an awful movie.

The star of the movie is Keanu Reeves, the most successful "wooden" actor ever.

The guy can't act to save his life, but I always try to catch his movies.

No, it's not because of his good look.

It's actually because Keanu is a good man. He does a lot of charity works and I like him for that.

I think some of the proceeds of those movie tickets I bought to watch his movies must had gone to charity via him.

He is also my mother's favorite actor...for I don't know what reason.

Well, I choose my favorite men not solely based on meritocracy. I don't like assholes no matter how good they are at what they are doing.

Whatever it is, Keanu's movies mostly have nice action stuff. So, they are still watchable.

Anyway, before the movie, I went to the Tomaz shoe shop at the mall and bought myself a pair.

It's a local brand but of relatively high quality. The leather is so soft. 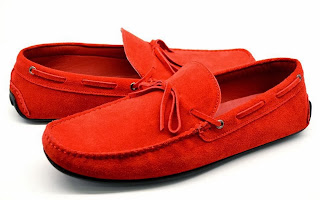 The price is quite cheap considering the good quality and nice designs of the shoes. It's almost half the price of those imported of the same quality.

I was told by the salesgirl that the shoes were made at Seri Kembangan.

I think the people who are bitching about price hikes while hanging out at places like Bangsar Village or Bangsar Shopping Complex should consider switching to such good quality local items from the over priced designer imports.

I always find it disturbing when people wearing imported branded items and eating at posh eateries complaining of hardship.

Someone driving an over RM100k imported car claiming hardship because of 20 sen petrol price hike should be kicked in the butt.

The same way a guy who is being chauffeured around in a RM300k car bought using taxpayers money, shouldn't be going around claiming himself to be a second, third, fourth, fifth class citizen.

Then claim hardship some more....

You got the drift or not MR LIM GUAN BENZ? 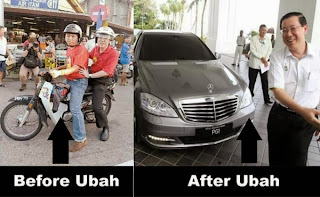