This is a sombre Saturday morning.

I went for dinner with the double-chin Chinese guy last night at Souled Out, Sri Hartamas, and it didn't turn up well.

I don't think the guy really care for me.

Just before I was about to knock-off, received news that Pas Dewan Ulama chief Datuk Harun Taib, 70 had passed away. 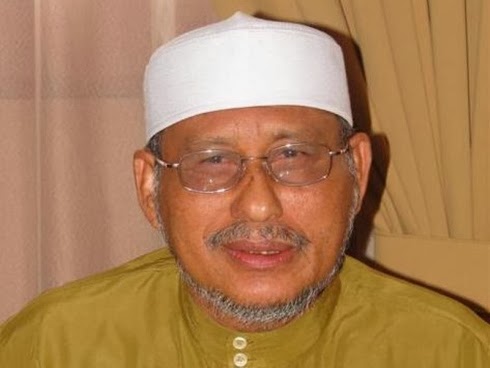 He was suffering from diabetes.

I was particularly sad about Harun's passing because he was a good man and despite being a politician would say the right things with sincerity and honesty.

He was among the several senior Pas leaders who were against allowing non-Muslims in the Peninsular to use the word Allah to described their gods. He was also uncomfortable with the Pas' cooperation with DAP.

Harun was severely criticized by the Pas' liberal non-ulama faction in the run-up to the party's Muktamar in November last year. Some of the criticisms against Harun and others like him were personal in nature which lead to heated debates between the ulama supporters and members of the Pas' liberal faction during the Muktamar.

Meanwhile, Pas deputy Mursydul Am Datuk Haron Din is also currently warded in serious condition at the National Heart Institute (IJN). Haron is another senior Pas leader who believes that the party must return to its original struggle of uncompromisingly upholding Islam.

My prayers for him to recover from his ailment.