It shouldn't be racial

This had just came in via NST SMS alert:

NST 25/01: A parent has lodge a police report in Sungkai, Perak, against a Chinese school teacher for forcing her son to eat grass.

I was told that the parent is a Malay and the teacher involved is a Chinese and that the case is fast becoming a racial issue.

I believe this case is an isolated incident and hopefully the authorities could immediately defuse any potential irrational backlash from  people who think it may got something to do with the race of the student and the teacher.

Just because a teacher of a certain racial background allegedly did something irrational to a student of a different race, doesn't mean it should be considered as a racial issue.

Everyone should maintain their cool in instances such as these.

I have met several Chinese teachers of Chinese schools in the past and all of them are good people. None of them are like this Dong Zhong guy, 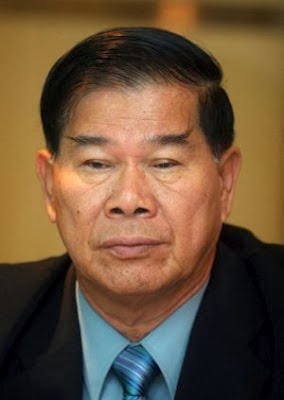 As it is with any institution, there will always be the bad apples among them.

To say that all Chinese teachers of Chinese schools are racist just because of this case is the same as when Pakatan people said all Umno people are corrupt. It is just simply wrong.

We must know how to sort out the bad from the good.

Otherwise, this multi-racial country will face a bleak future or no future at all.
Posted by Annie at 14:10