Towards better English in Malaysia

That's as reported by a Singaporean publication.

I always wish our cops could speak better English.

So, it's better to have policemen speaking the same language as our prosecutors. 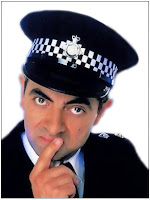 Yup, I think this is a good move.

Maybe we should extend the same thing to the entire civil service.

The armed forces too.

Defence Minister Mat Sabu needs to brush up his English too lah ya.

As it is, some people refused to learn the national language because they don't think it's classy enough to speak it.

So, better to just use English.

Broken English a bit like mine also can do one.

Come to think of it, maybe we could even have our parliament sessions in English too.

Better la than this,