In his latest posting,

Will Isa ever "die" so Felda and FGV may live?

Tell me which retired, failed or/and overaged politician (with the exception, perhaps, of Johor Menteri Besar Ghani Othman, who is chairman of Sime Darby) has done really well as chairman of such an institutions?

Honestly, I don't have an answer to that.

As for Ghani, I know that he was a good MB but not really sure how he is doing now as Sime Darby chairman.

However, earlier today, a friend forwarded me this message from his Facebook wall,

"Salute to Tan Sri Ghani Othman. U drove Sime Darby's revenue to around RM50 billion with a profit around RM4 billion. And U only took a salarie of below RM1 mil yearly."

I don't know how accurate that is, so I checked the Sime Darby's annual report for last year and found these, 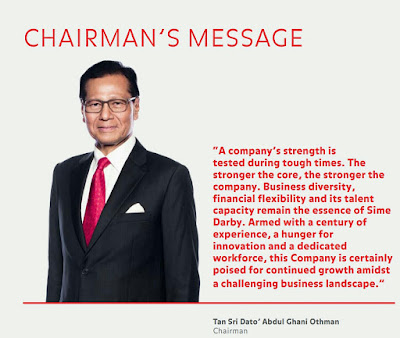 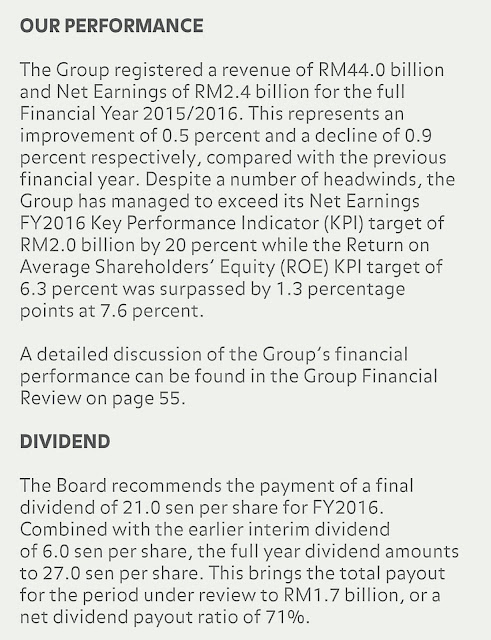 I think that's not so bad at all.

You all can read the details here,


Well, for one thing I know Ghani is as straight as an arrow when it comes to work.

He will not do anything to harm the organisation that he leads.

Let's say the PM wants him to take onboard someone who may likely harm Sime Darby. I'm certain he would say no to that.

He would rather be thrown out instead.

I believe that if the PM read this, which unfortunately I'm sure he is not :) , he would agree with me.

I know that Ghani actually said "no" to him over such a matter quite recently.

I think the PM knows that Ghani is just like that and respects him for it.

It's something like when he decided to leave Johor before the last general election in 2013.

He preferred to let go his MB post at that time rather than not being able to say "no" to things which are bad for Johor.

I think current Johor MB DS Mohamed Khaled Nordin would know what I meant by that.

For one thing, I don't think Ghani would allow those land along the Tebrau Straits to be converted to "free hold" and sold to the mainland Chinese.

He would say "no" to that no matter what.

It's the same in Sime Darby now, I guess.

Good for Sime Darby that they got Ghani as chairman.