Malaysia should recognise Taliban the same way it recognised CCP

I don't really understand why some people said Malaysia must not recognise the Taliban as the legitimate ruler of Afghanistan.

Those guys are actually already in charge of the country now, after all.

Is it because of their strict Islamic ideology and not being democratic?

Well, we do recognise the absolute monarchy rulers of Saudi Arabia, whose administration was as Islamic as it could get.

Yet, everyone recognises them as the ruler of Saudi Arabia and custodians of the holy cities of Mecca and Medina.

No democracy whatsoever in that country, but then again, so it is also with so many other countries which despotic rulers we recognised.

There is no democracy in China, yet we recognised the Chinese Communist Party (CCP) as the ruler of Middle Kingdom.

We even kowtow to the CCP all the time.

For one thing, we abandoned our recognition of the democratic Taiwan as a country just to please the CCP.

We are even among the first to recognise the CCP's funny puppet rulers in North Korea who treat their people like farm chickens.

Or is it because the Taliban guys are allegedly supporting terrorism and being brutal?

But we do recognise rulers of countries who allegedly support terrorists.

All those Arab and supposedly Islamic countries which were accused of sponsoring terrorism, we do recognised their rulers.

And we do recognised the government in Washington which the Arab and Islamic countries accused of financing and arming the arguably biggest terror organisation called Israel.

Ya, not only Israel shoot and bomb even children, it also occupies other people's land and even have the biggest concentration camp ever called Gaza.

As for the Taliban being brutal, the CCP had been even more brutal.

Its Great Leap Forward policy (1959-1962) resulted in famine and violence which caused an estimated 55 million deaths, while its Cultural Revolution (1966-1976) killed up to 20 million more. 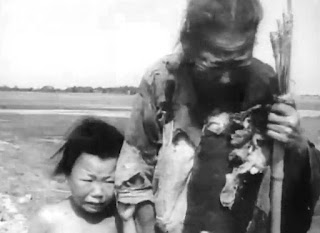 Malaysia first recognised CCP as the ruler of China in 1974, which was at the height of its merciless Cultural Revolution.

Also bear in mind that at that time the CCP was still financing and arming the violent Communist Party of Malaya, which only surrendered to the Malaysian government in 1989.

For more recent CCP's brutalities, just google Hong Kong and Xinjiang as well as its intimidations of Taiwan. 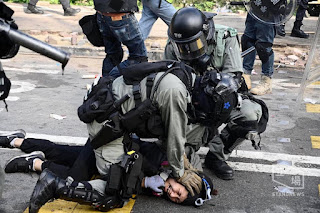 I can give more examples of terrible people whom we recognised as rulers of their countries, but I think that should be enough.

Okay, the Taliban was indeed quite bad when it ruled Afghanistan from 1996 until driven out of Kabul by the Americans and its gang in 2001.

But I have to believe that they learnt to be nicer during the past 20 years fighting the Western occupiers of their country.

They have so far committed no atrocities ever since coming back to power except for a few claims made by the Western media.

They even offered amnesty to to those who worked for the US and its allies.

They promised to treat women better this time and said they wanted to be friends with everyone.

As for terrorism, they said they would fight terrorists such as the Islamic State crazies and would not let them use Afghanistan as a launchpad to attack other countries.

Of course, some accused the Taliban of making empty promises but at least this time they seemed to really mean what they said.

The Taliban people are after all known to be true to their words and quite steadfast in what they believe to be right.

Back in 1991 when the US demanded them to hand over Osama Bin Laden, they refused as it would be against their belief that they are responsible for the safety of their guests.

They could have easily at that time avoided being carpet bombed by the US if they just do as they were told.

Well, considering all that, I do believe that Malaysia and the rest of international community should recognise the Taliban as the ruler of their country.

The faster they could do that, the quicker Afghanistan could stabilise, affording its people a normal life after decades of war.

Even if we don't like the Taliban and what its people stand for, I don't think Afghanistan would be worse off than it was during all the fightings and violence.

It would probably become like one of those rather underdeveloped supposedly Islamic places.

Not so bad, I think.