What is worse than Taliban and CCP

Someone who read my last posting about the Taliban asked me why I seemed to hate China so much.

He made the assumption because I argued that the Chinese Communist Party (CCP) is worse than the Taliban.

As for China the country, I have fond memories of Shanghai....particularly that beautiful time at the Bund. 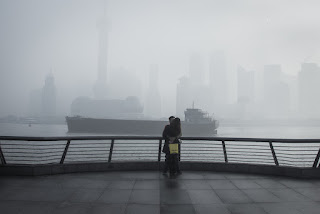 And I like Chinese people in general. Those in Malaysia too.

My mom and beloved are both Chinese.

But unfortunately I don't really like the Chinese-dominated DAP as a party.

Still, I don't hate DAP people. It's just the ideology that I dislike.

But of course some of the DAP people are very irritating and they sometimes come here and kacau me at this blog.

It all depends on the individuals.

Actually, I don't even hate the CCP people. Made friends with some of them, who were genuinely nice to me.

They had in fact invited me to attend Xi Jinping's inauguration ceremony in 2012.

Really. I was there in Beijing that early winter. Wrote about it several times in the past.

I think I' may even be okay with the CCP if it stops bullying people in Xinjiang and Hong Kong as well as stop threatening Taiwan and leave it in peace.

Ya, especially Taiwan, because my mom and beloved both really love that COUNTRY.

My mom and beloved are actually traditional Chinese and not pro-US or anything like that.

They just don't like the CCP bullying behaviour. I have to admit that I'm heavily influenced by them.

Ya, if only the CCP could stop being so mean.

The truth is, the political party which I dislike most in the world at the moment is not the CCP.

It's actually the BJP which currently rules India.

As far as I'm concerned it's the worst "penunggang agama" among all political parties in the world.

I even actually believe that it's worse than the Taliban.

At least the CCP doesn't use religion as an excuse to do bad things.

And I definitely prefer to visit China again rather than India.

I have bad memories of Mumbai, okay.

Maybe I'll write about it one of these days.

Well, I'm actually writing this post because I'm bored at this very moment.

Don't feel like writing about local politics though because I'm tired of it.

As for the Covid crisis, I'm now just waiting for the vaccination to reach a level where it would be safe to open up the country again.

Hopefully that would be very soon.

Maybe I really should try going to Afghanistan, as suggested by someone who commented in my last post.

Heard that it's actually a beautiful country.

Well, that depends on whether the government is okay for Malaysians to visit that country lah.

Maybe the Taliban people really turn out to be good guys this time and manage to make things better over there.