Bahasa Malaysia and a bit on overcoming boredom

A friend who now lives in Vancouver sent me a Wassap message this morning to check whether I'm alright.

He was wondering why I have not been writing for a week.

The longest stretch previously when I didn't write was  when I spent 10 days in China several years ago due to the blog censorship there.

Well, I'm actually okay. Just that I don't have the mood to write about anything.

It was one of those lazy spells I have from time to time.

Everything seemed boring and not worth commenting. 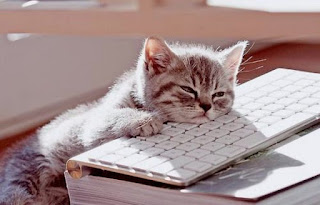 Maybe because it was Raya.

For today, I think I can comment a bit on this story,


According to him, there were only 23 doctors undergoing housemanship who were given the waiver (on the SPM BM pass requirement).
Eleven of them are Malays who are children of diplomats and went to medical schools abroad.
“I do not want it appear as though 300 or 3,000 people are affected,” he said.
Ahmad Zahid, who is also Home Minister, stressed that the Cabinet was very committed to defend Article 152 of the Federal Constitution (position of Bahasa Melayu as the national language) as was shown by the proactive step today.
Wished this has came earlier before all the noises in the cyberspace.

Another case of poor communication management, I think.

I'm not really a strong advocate for the advancement of the national language but in this case I believe the government must make it mandatory for those working for it to be adequately proficient in Bahasa Malaysia.

Otherwise it's like the US government hiring people who can't speak proper English or understand it.

Anyway, the Minister and officials who were involved in the issue should had made things clearer from the start.

Does this really need to go all the way into a Cabinet meeting? Isn't the policy on Bahasa Malaysia clear enough?

I think it's their fault that the whole thing became an issue.

Well, it's just too bad that they are not so intelligent.

Okay, moving on to the political front....it's boring of late isn't it?

I think if BN could really do their job well running the country and do so without irritating the people too much, they may most likely win the next general election.

It's all about doing the job without screwing up too much,actually.

And of course, if only Najib can get rid some of those stupid people around him.

But of course he would not do that.

I have been bitching about it long before the war with Dr Mahathir started and nothing happened.

The irritating faces are still there and flourishing.

What to do...I don't like them, but Najib feels otherwise.

So, nothing much could be done there.

Well, some of you all may say let's just vote them out.

I'm not going to dispute that. It's your right.

On that, I'm just concerned about seeing the country being governed by jokers from the opposition side such as Mat Sabu, Tian Chua, etc.

Are they any better than the jokers on the BN side?

For myself , I will decide that on the morning of the next general election.

If I'm happy with my life that morning, I will vote for BN, but if I'm unhappy, I may vote the opposition....or just sleep at home.

No need to get a head ache to understand about 1MDB and other such complicated issues.

I'm feeling sleepy in this office.

This lap around Monaco with Aryton Senna helps to keep me awake,

The sound of that McLaren MP4/4 is truly awesome.