BN staying as an opposition is a good idea

“We shouldn’t join any coalition government. The rakyat has chosen us to be the opposition, and we should respect their wishes,” he said in a statement today.

“Now, as an opposition, we in Umno and BN can rebuild our credibility and the rakyat’s confidence in us, compared to if we become part of the government. We should be courageous enough to be a strong opposition,” he said. 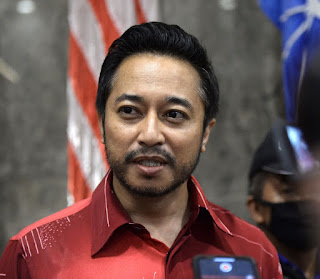 Yup, why should BN be propping up a government led by PH or PN.

BN, in particular Umno should now be focused on repairing its own house now that the rakyat proved to have believed in all those vile things said about it.

Umno after all needs to replace its leaders who failed the party in GE15.

When Covid hit us, it was ministers from Umno like KJ who handled it.

And he handled it well.

Clearly KJ was not appreciated yesterday.

Let some ustaz from Pas handle the Health Ministry now.

Oh, and another ustaz can also handle the finance ministry and come up with plans to manage the coming recession next year.

Let's see how PN or PH handles the storm without a clear majority in parliament.

Yeah, let's do that.