I'm beginning to believe that Barisan Nasional  is really going to let Nallakarupan contest the Kajang by-election on its behalf.

This I conclude based on the fact that Nalla has been issuing statements almost everyday in the pro-establishment newspapers.

The super intelligent BN and Umno planners must have felt that they are going to lose in Kajang anyway, thus they tried to be funny instead by putting Nalla there to face Anwar Ibrahim.


If you ask me, I ll say why not also field all the other funny characters like Zamil, the Tibai fella, Umi Hafilda, Ezam etc etc, so that they all can really have some bogey time in Kajang.

MCA appeared to be too chicken shit to put up a fight in their own traditional constituency.

They seem to prefer busying themselves for the coming theatrics at the party's EGM on Feb 23.

Nothing has so far been done in Kajang by MCA and BN while Anwar and gang are already going on full swing campaigning.

Here is a message from an MCA old man to DS Liow Tiong Lai and others,


MCA must buck up

For those who are too lazy to go to the link, basically the MCA old man was telling the party leadership to either start get cracking in Kajang or just jump into the river and drown.

Ya, if MCA fail to stand up and fight, I think they should just close shop and everyone just go join DAP properly. Almost all of them had voted for DAP and its allies in GE13, anyway. So, no need to pretend anymore, okay.

Meanwhile Anwar continues to get away with being a lying prick that he is.

Remember when he said he had no design to be MB of Selangor when he announced that he will be contesting the Kajang by-election?

Now he is saying that Selangor MB TS Khalid Ibrahim and him could swap place once he won the Kajang by-election.

So, the plan now is for Anwar to take over Khalid's post as the menteri bear of the richest state in the country and in return Khalid can have his state economic adviser post which salary he had gallantly declared as RM1 per month.

You can read about it here,


'If I become MB, Khalid will be economic adviser' 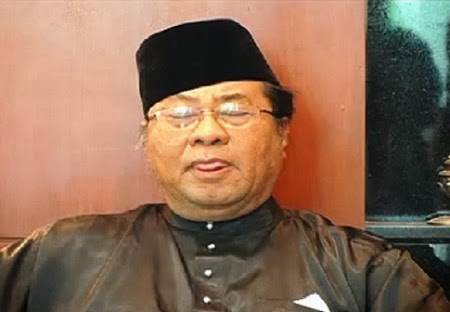 Okay. Enough of that nonsense.

Going to my mother's place now. My grandma is here in KL. My mother said she wants to take us out for lunch somewhere near Genting Highland....
Posted by Annie at 12:25