Friends should always be friends

Went out just twice over the weekend.

To meet my cousin at her UiTM campus in Dengkil and to attend the wedding reception of a friend's daughter in Putrajaya.

My cousin had wanted to borrow some money while my friend, whom I have not met for quite a while surprised me when he invited me for his daughter's wedding.

About two years ago, he invited me to his other daughter's wedding but I didn't go because I was trying to avoid some people from the camp of PM DS Najib Razak that I despised as I knew they would be there.

By the way, my friend is one of Najib's senior aides. He is the one I featured in this previous post,

Memories of Pekan and the time Annie asked Najib for money


I wrote that post at a time when I almost stop blogging because of the Najib-Dr Mahathir war.

Honestly, I was surprised that my friend still invited me to attend the wedding this time because I had made it known that I'm no longer supporting Umno.

Well, to be more exact, I had made it known that I don't support any political parties anymore as I prefer to be a neutral observer. You all can read that at this other previous post of mine,

Of course I got whacked by both sides in the comments section because of that. It all depends on which side each particular posting seems to favour.

I believe in freedom of expression, so I tried to publish all those comments. Only the extremely bad ones were spiked off.

Anyway, my friend was at the entrance of the hall when I arrived at the wedding reception.

I was pleasantly surprised when he did something upon seeing me which made me felt that our friendship was truly genuine. 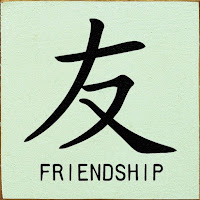 It was very nice of him.

All those pro-Najib people who accused me of things such as being a paid DAP cybertrooper because of my postings which pointed out the bad things in BN and Umno would be shocked if they saw us at that moment.

Despite being a staunch Najib's supporter, my friend didn't seems to subscribe to the "either you are with us or against us" nonsense peddled by those who are over eager to show their support for the prime minister.

I believe my friend read this blog. He once told me he did so. So, he must know that I'm now politically neutral.

It was also nice to meet some other friends at the function, including those I know to be not supportive of the Najib's administration.

When I think about it, I felt that it was so unfortunate that so many people took politics too seriously that they discarded friends just because they were no longer in the same camp.

I can understand if they did that because they were directly fighting for different masters.

After all, some of the words they used were very coarse and hurtful.

But in cases of those who choose to be on the sideline like myself, I think that's not right.

It's only politics, after all.

Friends should always be friends, okay.

Here's a song on that,