This issue is depressing,

"Any amendments to the current implementation would only be considered after the decision by the Federal Court,” he said in a statement today on the judgement by the Appeals Court that any child conceived out-of-wedlock could use the name of the man who admits fatherhood.

He said the NRD through the Attorney-General’s Chambers had filed an appeal against the verdict of the case which sided the applicant at the Federal Court.

Mohd Yazid said the High Court had previously ruled that under Islamic law, it was not allowed that a child bears the surname of the person who claimed fatherhood as he had been born less than six months from the date of the parents’ marriage.

“As such, the action taken by the NRD is in line with the decision of the Muzakarah National Fatwa Committee Council,” he said.

Personally, I think we all should be allowed to name whomever we want as our father.

Bastard or not, everyone should have the same rights.

But again, that's my personal opinion.

NRD instead is following a fatwa.

By right, as a Muslim, I shouldn't be questioning a fatwa.

Still, I can't help but to wonder whether it's really necessary to force such a thing on anyone.

You are therefore a bastard. You need to be identified as that because you are lesser than non-bastards.

Basically, no matter what is the rationale, I think that's the effect of such a ruling.

Why do we need to punish a child in such a way just because he/she was conceived out of wedlock?

I heard it many times from people who seemed to know Islam more than myself that such a child was not at fault for being a bastard, and that only the parents are guilty for fucking around.

So, why labeled the child as a bastard? 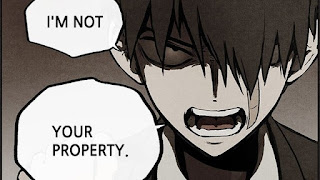 Isn't that unfair to the child?

There are other connecting issues to this matter but I rather not discuss it as I don't want to muddle things up more.

All, I know is that Islam is fair and just.

Why then we have this kind of ruling, which doesn't seem very fair to me?

Maybe I'll be deemed a lesser Muslim (or even a kafir) for questioning this, but personally, I think if a person is good, it doesn't matter whether he/she is a bastard.

Well, never mind what they want to say, I'm just saying what's in my mind on this.

Okay, have a restful weekend guys.

Here's a bit of music,


My father always sang this about my mother. He loves her very much.

Does it really matter if I'm their bastard?
Posted by Annie at 15:36