Towards a more Islamic state (updated)

(Note: Updates at the bottom of the original post)

This is an interesting development,


I wonder why it takes them so long to do it.

Pas has been ruling Kelantan for decades after all.

Also noted that the bill was passed unanimously at the state legislative assembly.

That means all the Pas, BN, and Amanah's Husam Musa, the single Pakatan Harapan assemblyman in the state legislature supported the bill.

So, no one should complain, okay. 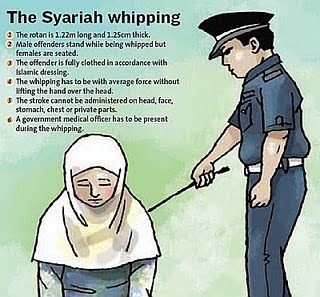 This is part of democracy, after all.

Those assemblymen are representatives of the Kelantanese people.

Since they all agreed to it, that means the people agreed too.

Maybe it will makes the state even more Islamic.

I bet the Kelantanese who are not living in Kelantan are also agreeable to it.

Maybe it's nice to balik kampung and feel the more Islamic atmosphere.

Well, people of the other dominantly Malay-Muslim states of Terengganu, Pahang, Kedah and Perlis may want the same thing.

They should know what to do in the next general election, if they want that.

Come to think of it, Malay Muslims in the other less Islamic states, should do the same.

Who knows, it may happen in their state too.

Nothing to lose to try, right?

After all, it's a good way to eradicate all the sinful activities.

Maybe after that, other countries can also learn from us.

One thing for sure, I'm going to recommend this to my Japanese friends.

Imagine all those AV stars being lined up to be publicly caned at Kabukicho. I'm sure all the Tokyo yakuza running the "entertainment" outlets there will run for cover.

Found this video of public whipping in Acheh, Indonesia. I think the one in Kelantan will be like this,


The public seem to enjoy the spectacle.

At least it's not like this one, which is in Sudan,


Or this one somewhere in Pakistan,