A little issue and Azmin being the best PM candidate

I thought of commenting on this story when I woke up this morning,


but then I'm feeling very lazy throughout the day.

So, why don't you all click on the link above, read and judge it for yourself instead of me with my less than expert knowledge on such matters try to explain it to you.

Here is a bit of it in case you are too lazy even to click on the link,


According to Selangor-Leaks, the issue involves MBI, Universiti Selangor (Unisel) and construction company Jana Niaga Sdn. Bhd.
The anonymous website alleges that MBI had made a questionable payment to Jana Niaga despite the company’s failure to meet its contractual obligations with Unisel.
All, I want to say is that I think Selangor MB DS Mohamed Azmin Ali should explain what the heck is that all about. 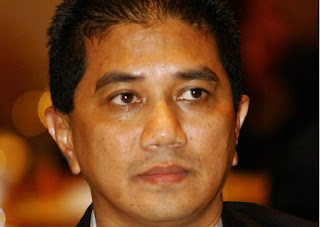 After all, from what I was told, Jana Niaga is own by an Umno guy. Why is it that his MBI is being so nice to such a company?

Is the Umno guy a friend of Azmin from back during his Umno days or something?

Hopefully, Azmin can come up with a good explanation.

Anyway,  that aside, I think Pakatan Harapan missed a great opportunity when it named its leadership line-up the other day.

Personally, I think they should have named Azmin as their PM candidate.

He's the best that they can offer, especially to attract young voters.

Instead, they put the older people at the top of the hierarchy.

With all due respect to Tun Dr Mahathir Mohamad, I don't think he should be the PM again even if Pakatan wins the next general election.

Dr M is 92, okay. He should rest even now. I wrote about it in this previous post in July last year,


And of course I also don't think that DS Anwar Ibrahim and his wife DS  Dr Wan Azizah Wan Ismail are suitable for the job too.

They are also too old and if I may add, I never believe that Anwar, and even more so his wife, can do the job properly.

Anwar can only talk but if I remember it correctly, he was not exactly a very good deputy of Dr Mahathir.

He actually messed up quite a lot during the Asian financial crisis of the late 1990s.

Dr Wan Azizah can't even talk. I mean, she can't even deliver a decent speech, let alone managing this country.

The husband and wife are in their late 60s.

I seriously think that a PM candidate should be below 60. Vibrant and have much energy and new ideas in line with the needs of the younger rakyat.

So, Azmin should have been the better choice to be Pakatan's PM candidate.

I wrote about it in this previous post in May last year,


I know Rafizi may likely be unhappy about it but seriously, Azmin is the only viable PH candidate for the PM job.

Rafizi himself can't be a candidate because not unlike Anwar, he can only talk and not much else.

The only worthy rival of Azmin for the post is probably DS Mukhriz Mahathir.

But then again,  Mukhriz's father is Dr Mahathir and therefore he's an  easy target of nepotism attacks.

Furthermore, his Pribumi Bersatu is still just a junior party in the opposition pact.
Posted by Annie at 15:06