A benefit of fasting

I was told during buka puasa last night that someone wrote a very long blog post whacking me for the start of Ramadhan yesterday.

The length of the post was said to be at least three times my normal posts. 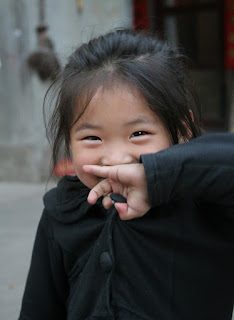 It became funny to me probably because of the fasting.

Less cholesterol in my blood, I guess :)

Can't get angry much when fasting, okay, which is good.

I didn't even bother to find and read the offending blog post.

Anyway, it must take a lot of hate to write bad things that long about someone.

I honestly can't do that. I can't sustain hate for too long.

I wish I can suggest to the person who wrote the hate blog post to try fasting.

Maybe can reduce the hate level....and at the same time lose some weight too.

Hating is a tiresome thing to do for me.

Really, I tried it before.

It didn't take long for me to feel ridiculous about it and soon after that the whole thing turned nonsensical and even funny to me.

It's even more so during fasting month like this.

I have just enough energy to go through the day that there's nothing much to spare for anything else.

And hating takes a lot of energy, okay.

I was also told by friends currently campaigning in Sungai Besar and Kuala Kangsar that they didn't do much yesterday.

Well, first day of fasting is always like that.

Things will however return back to normal after a few days.

Hopefully, the campaigning will go smoothly and everyone observe the fasting diligently.

That way there will be no hate campaign and such.

I had been to a by-election during fasting month, that was the one in Kuala Besut, which was the first after the last general election in 2013.

It was perhaps the most peaceful by-election ever at that time.

I will write about my experience there later.

Somehow it's good that the first by-election after the last general election was during Ramadhan and the last ones before the next GE are also in the holy month too.