Please let Anifah do his job

I was a bit amused when I read this story the other day,


I know that the Foreign Minister is a Sabahan,  but he is definitely not Datuk Abdul Rahman Dahlan. 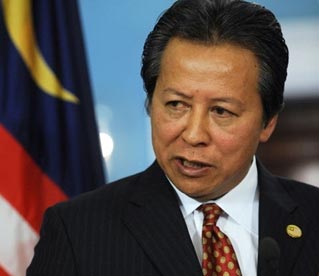 Rahman Dahlan is the Urban Well being, Housing and Local Government  Minister.

That's why I find it quite funny that he was making a statement as if he was a foreign minister.

Okay, I know, it's probably because he was speaking as a Sabahan member of parliament.

But still, Anifah is a Sabahan too, okay.

Whatever it is, I think for the Sabahans, it should be Chief Minister DS Musa Aman who should issue any such statement on their behalf.

It's more fitting that way.

I may be wrong but shouldn't Rahman Dahalan, as a Cabinet Minister stick to just commenting about things related to his ministry?

That should be the case if our government is to avoid people from getting confused.

In this case, Rahman Dahlan seemed to be quite angry towards the new Philippines president Rodrigo Duterte.

Well, at least that's how I felt due to the tone of the statement.

If I'm a Filipino diplomat, I would be a bit concerned after reading it.

After all, it comes from a Malaysian minister.

I think that's not really good as our government may want things to be cooled off in a more diplomatic way.

We have a good foreign ministry and Anifah has been doing quite a good job as its minister so far.

I believe Anifah knows how to handle the Duterte situation.

I heard he had even met with Filipino diplomats over the matter and things have been cooled off quite well.

As everyone knows, the new Filipino president is akin to the abrasive loud mouth US presidential hopeful Donald Trump.

I bet that many intelligent Filipinos are not taking him too seriously.

He's like one of those popular characters that people like to have as a tough leader but actually knows nothing about things.

So, there's no need to get all worked up over what he said.

We don't have to be obnoxious ourself to counter such a person.

Just be cool and let the right people handle the situation properly.

In this case, I very much prefer for Anifah to handle it as he is the best man to do so.

It's his job in the first place.

And yes please, with all due respect, I think Rahman Dahlan should give Anifah the space to do his job.

Instead of potentially making things worse by issuing such statements which have nothing to do with his portfolio, he should concentrate on his urban well being, housing and local government stuff.

And of course Rahman Dahlan also needs to take care of his jobs as BN strategic communication director and MP of Kota Belud.
Posted by Annie at 00:15